Assassin's Creed Valhalla: How to change the appearance of equipment with the Transmog function 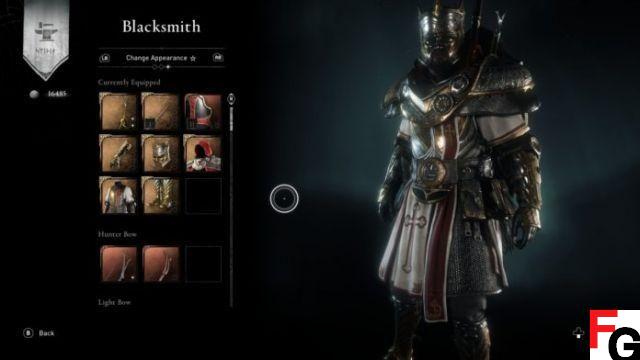 Assassin's Creed Valhalla now allows Eivor to redesign the appearance of his equipment without giving up the associated benefits. The much-requested Transmog feature has appeared in previous versions of Assassin's Creed, but it wasn't included when Valhalla launched. Ubisoft addressed this initial exclusion, four months after release in a post-launch update.

Before proceeding with the steps to change the appearance of Eivor's armor and weapons, ensure that Title Update 1.2.0 is installed. Without the update, the Transmog feature will not be present in Assassin's Creed Valhalla. If you already checked this prerequisite, let's move on.

How to change the appearance of gears

Changing the appearance of gear in Assassin's Creed Valhalla follows the same steps as all other armor and gear modifications, meaning it's done by Ravensthorpe blacksmith Gunnar. To find the Blacksmith's Forge, use the main Ravensthrope wharf as a reference point. The blacksmith is the first building on the left just past the wharf, easily identified by its sign with a hammer and anvil design.

Talk to Gunnar. Select the top yellow text, which will now say "Let me see your services" instead of "I want to upgrade my Gear". The next screen that appears will place you in the default speed boost section. Double-click the Change Appearance section.

Here you can select a piece of equipment to redesign. However, the appearance options available are limited to gear obtained. For example, Eivor cannot transform the Brigandine Helm into a fully upgraded (Mythic) Berserker Helm if it has not yet been upgraded to that level by Gunnar.

Once the design choices have been made, hold the Apply button. Each transformed piece of gear will cost 50 silver and will be denoted by a star icon in the upper left corner of the item's inventory slot.


Now Eivor can sport every player's favorite aesthetic without having to worry about giving up set bonuses. Venture out and raid in style!

add a comment of Assassin's Creed Valhalla: How to change the appearance of equipment with the Transmog function