Back: How to Beat Ophion (Biome 5 Abyssal Scar Boss Guide) 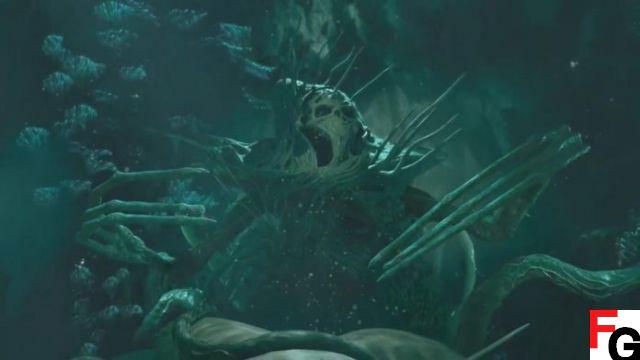 Ophion is the final boss in the game, and comes as the final final challenge players will encounter to test their skills before the end of Act 2 (the "regular" end of the game). It can be frustrating to come this far only to run into the final boss and have to go all the way back to Biome 4, so having a good strategy before entering can help you with the boss and increase your chances of survival. Here's how to beat Ophion in Returnal.

How to beat Ophion in Returnal

Ophion, like the other bosses in Returnal, has three phases; when you deplete his health bar, he will advance to the next more difficult stage of the fight. A good weapon to get into this fight is the Hollowseeker, as it allows you to dodge projectiles without really having to think about aiming too much. The Thermogenic Launcher with Full-Auto is also a good shot, as it deals a lot of damage, but you'll need to aim carefully. The same goes for the Tachymatic Rifle, a good all-rounder in all boss fights.

The 1 phase – Ophion has large orbs around him that you will need to shoot to reveal red weak spots on his body, allowing you to deal damage. Keep this in mind throughout the fight - you'll need to continuously shoot those orbs and weak spots in order to do damage to the boss. Ophion will rain green orbs on you, which you should know how to dodge by now, but we beware of the purple shockwaves coming at you that you can't cross, you have to jump over them while dodging the other . projectiles. Red orbs will also be fired at you in a large pattern, which you can dodge or dodge, but watch out for the green headed missiles that will be fired at you, you must dodge them at the last second to avoid taking damage. Some purple lasers will also fall on you which you can find a space in between.

Phase 2 – This phase has essentially the exact same attacks as phase 1, but they will be more random and frequent, so you should be on your toes for a table of all the attacks previously described. Remember you have to jump over or avoid the purple beams, you can't dodge them. Ophion will occasionally snap her hand, restricting your battle area, and fire sporadic purple lasers at you that can be dodged if you keep moving.

Phase 3 – The boss will now start opening portals which fire purple lasers which can definitely surprise you if you're not ready and they do a lot of damage. You will have to avoid them because you cannot avoid them. The previous attacks are still in effect, along with a barrage of green and blue orbs that you must bypass. Be sure to watch out for these return attacks though, as they can reset your adrenaline very easily if you don't pay your full attention. Continue and Ophion will be defeated, marking the end of Act 2 and rewarding you with a cutscene as you follow Ophion into the pit.


For some other really useful general tips to help you out that apply to all bosses in Returnal, check out our first boss guide.

Returns is now available on PS5.

Is Riders Republic still online? Elliott Gatica | October 28, 2022 Here's what you can and can't do without an internet connection in Ubisoft's latest MMO sports game. ❯

add a comment of Back: How to Beat Ophion (Biome 5 Abyssal Scar Boss Guide)