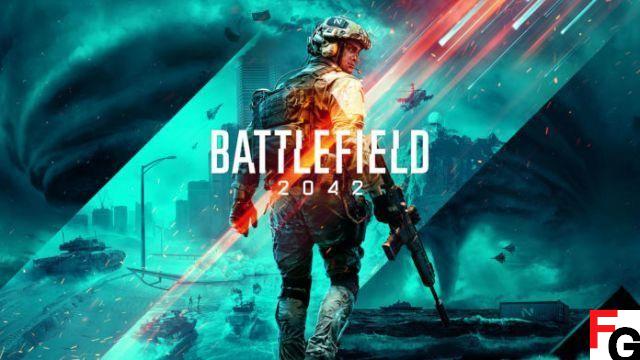 The days are getting closer to the actual release of Battlefield 2042. It's been a bit of a slow time for any news or developments coming out of the game other than its month-long delay. Fortunately, there will be an open beta for the game. This guide will go over when it's coming out, how to get in, get started, and more.

The beta will run from October 6-9. However, these dates are divided into two types. From October 6-7, people who pre-ordered the game or who are EA Play members will be able to start playing the beta on those dates. The open part of the beta begins on October 8 for the rest of the people who did not pre-order. Preloading for the beta will begin on October 5, a day before it goes live.

The Battlefield 2042 Open Beta will be available on all consoles the game is scheduled to release on. PlayStation 4 and PlayStation 5 owners will be able to find the beta in the PlayStation Store. You do not need a Plus subscription to participate in the beta.

Xbox One and Series S/X users will be able to find the beta to preload on the Microsoft Store. Unfortunately for these players, they will need Xbox Live Gold to participate in the beta. PC players will be able to access the beta on Origin, Steam, Epic Games, and the EA app.

If you pre-ordered a physical copy of the game, check the receipt or any additional items given to you by your retailer. There should be a code to redeem the beta for your respective platform's store. Digital pre-orders should give you instant access as soon as the beta goes live on the 6th.


What's in the beta?

Players will be able to participate in a large-scale conquest game on the map, Orbital. It's the one we saw in the initial trailer where the rocket is taking off. In this mode, you will have to capture and defend several control points on the map while the other team attacks. This is a war of attrition, but it can be won if either team exhausts the enemy team's respawn tickets or fully completes its objectives. It's the bread and butter of Battlefield's online modes.

You will be able to try out four different Operators in the Open Beta. They are:

Webster Mackay– A standard soldier who can use a grappling hook to move around and has an agile passive ability that helps him move faster and ADS (aim down sights) faster.

Maria Falck – A class of type medic. She has a syringe gun that can heal enemies and damage enemies easily. She also has the ability to resurrect downed allies to maximum HP.

Piotr «Boris» Gouskovsky – A turret-based defender class. He can deploy his SG-36 machine gun which locks onto enemies and fires them within a certain range. Its sentry turret will also reveal which enemies it locks onto.


Wikus «Casper» Van Daele – A sniper/stealth class. He can deploy a reconnaissance drone that scans nearby enemies and even disorients them with EMP abilities. It also has a motion sensor that will alert it when enemies are within a certain range.

Battlefield 2042 is set to launch November 19 on PlayStation 4 and 5, Xbox One and Series S/X, and PC. The beta will begin on October 6. Click here to learn more about the beta and specs by clicking here. You can also keep up to date with news and guides as new things develop on our site by clicking here.