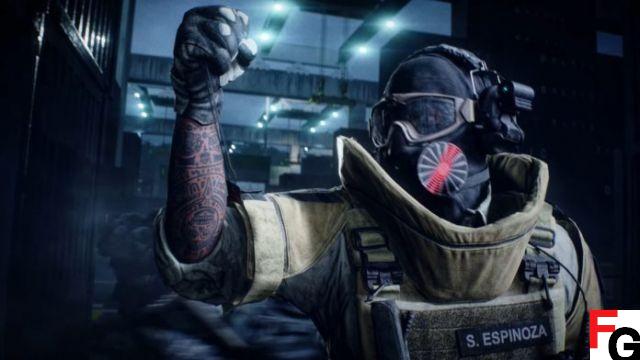 Battlefield 2042 is a game that requires a constant online connection to play, so it can understandably be frustrating if you can't log in, especially if you've paid extra for early access. In this guide, we'll detail exactly what to do if you're having trouble trying to connect to Battlefield 2042 and how to check if the servers are down.

If you're having a specific error code, rather than general connection issues, we've got guides on how to tackle the following errors:

How to Check Battlefield 2042 Server Status

To check if Battlefield 2042's servers are down, visit EA's official "@EAHelp" Twitter account. EA Help posts regularly about ongoing issues in EA titles, including Battlefield 2042, and will answer any questions sent to them.

If Battlefield 2042's servers aren't having any issues and you're playing on Xbox One, Xbox Series X/S, PlayStation 4, or PlayStation 5, the next step is to check the server status of PlayStation Network or Xbox Live.

How to Check PlayStation Network and Xbox Live Server Status

If you're playing Battlefield 2042 on Xbox One or Xbox Series X/S, visit the Xbox Status Page for a detailed summary of potential server outages. Xbox also has an official Twitter support account, @Support Xbox, which regularly notifies users of outages of individual game services and Xbox Live itself.


For PlayStation 4 and 5, check the PlayStation Network service page for a green light on "Gaming and Social." PlayStation also has a Twitter account similar to XboxSupport, @AskPlayStation, but is updated less often.

If there are no issues with the Battlefield 2042, Xbox Live, or PlayStation Network servers, there are a few common issues that may need to be resolved.

Xbox One and Xbox Series X/S require an Xbox Live Gold membership to play Battlefield 2042, while PlayStation 4 and PlayStation 5 require PlayStation Plus.

An active EA Play subscription may also be required if accessing Battlefield 2042 through the service.

You've probably heard "have you tried turning it off and on again?" a lot of times, but it's a phrase that keeps repeating itself for a reason. A simple power cycle can solve a series of problems.

On Xbox One and Xbox Series X, hold down the power button for about 10 seconds. Power the console back on and the boot animation should play.

On PlayStation 4 and 5, press the power button and wait for the console to turn off. After that, hold down the power button until you hear a beep after one second, and another about seven seconds later. The console will then boot into safe mode.

On PC, you can simply reset your machine using your operating system or by holding down the power button.

Battlefield 2042 is available for PlayStation 5, PlayStation 4, Xbox Series X/S, Xbox One and PC.

Roblox In the Heights Event: How to Get Free Emotes ❯