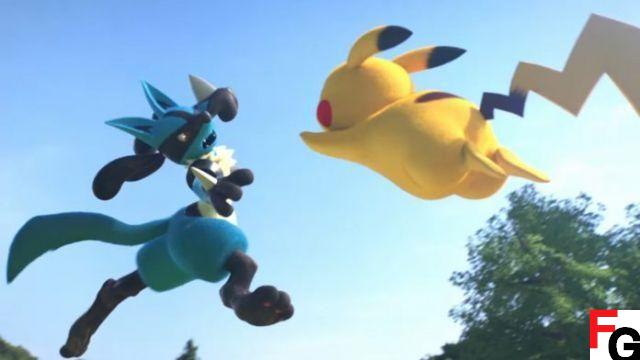 Although Fighting is a type of Pokémon in a series where fighting plays a big role is redundant, you can't deny that they're incredibly fun to use and provide excellent cover against many threats. Their uses in the main game's competitive scene are therefore a must, and their latest additions include heavy hitters like Urshifu to shake up the meta. If not for Urshifu's legendary status, they would potentially be included in our list of best water types. Here is a list of the top 5 fighting-type Pokémon in the series.

Our list of the best fighting types unfortunately won't include Legendary or Mythical Pokemon and will focus on their stats, abilities, and strengths to tell us who the ultimate fighter is. This list incorporates all the generations and the mechanics they introduced, so let's take a look!

mienshao was introduced in Gen 5 and exemplifies the importance of speed and offense when it comes to fighting types, or any Pokemon going on the offensive – strike first and strike hard. Johnny Lawrence would be proud. This Pokemon has very impressive base attack stats and a healthy base speed, however, where they shine is a combination of their regen ability and moves. The regenerator is crucial for surviving against more than one Pokemon, especially in singles. Mienshao uses Knock Off and Close Combat to disarm and crush the competition, boosted by Life Orb which increases their damage in exchange for health, then uses U-Turn to deal more damage and go into a strategic retreat. The result is a hit-and-run Pokémon that could have fit well on the Pokken Tournament roster but ultimately didn't make it.

Did we mention the importance of speed in Pokemon? Blaziken understands that, and while their base Speed ​​doesn't reflect that, their hidden ability, Speed ​​Boost, takes it to new heights. If your opponent doesn't take down this beast immediately, Blaziken increases its speed by one stage, a multiplier of 0,5, and you can reach 6 stages! This and their incredible basic attack make Blaziken a sweeper no one can keep up with, and combine that with their strong move pool and Fighting Fire typing that protects against Fairy attacks. Throw a life orb for extra damage, or if you're playing in previous generations, take advantage of the insane base 160(!) Attack with Speed ​​Boost still applied! It's a Pokémon that ignites competition and is a hit with fans.

Oddly, this Pokemon is in far fewer memes than it perhaps should be. of Buzzwole the outrageous design captured internet curiosity and even outright disquiet when the anime fed them and deflated a Snorlax. But in the mainline Pokemon games, this one is a beast, an Ultra Beast to be precise. To explain, this is somehow considered not part of legendary and mythic ranks, although it really should be. With a bug-fighting type that mocks otherwise typical psychic enemies, and suitably huge physical defensive mass and attack stats, paired with Beast Boost, an ability that increases attack by one level (see Blaziken above), it's a bug that refuses to be squashed. Add in a few moves like Leech Life for Same Type Attack Bonus (STAB) and other powerful moves, and you have a juggernaut in your hands.

Pheromose is incredibly fast, with a blistering base 151 speed that puts them at number four on the list of fastest Pokemon ever. Additionally, Pheromosa has equally devastating Attack (Physical) and Special Attack stats, but appropriately for a fighting type, their physical output is what wins out, with moves like Close Combat, Triple Axel and U-Turn, making it a real glass. cannon among the fighters, compensating for extremely low volume. Pheromosa also comes with Beast Boost, so if you can shield them long enough and read your opponent well, you're looking for a big potential sweeper.

Introduced in Generation 4, which was recently remade in Sparkling Diamond and Sparkling Pearl, Lucaire is a true fan-favorite Pokemon. We even have a guide so you can get yours in Sword and Shield if you haven't already. While they might not be in as stellar a position as they were before, their basic attack and special attack are great and combined with abilities like Inner Focus (can't flinch!) they can even withstand a Fake Out and hurt. But where Lucario really shone brightest was when Mega Lucario was still available.

Attack and Special Attack have increased significantly to base 145 and 140 respectively, and they have gained adaptability, meaning the STAB bonus is even greater and unlocked devastating potential, including their Fighting typing Steel which protected against fairy moves. Add to that some great attacks like Bullet Punch allowing you to hit faster than most opponents by design, or Meteor Mash to hit extremely hard. If you get a sword dance, increase attack by 2 steps first? Forget it, there was nothing left of your competition.

This wraps up our list of the top 5 fighting-type Pokemon! Which Pokémon do you consider the best? Stay tuned for more guys to cover!