Best Minecraft skins of all time 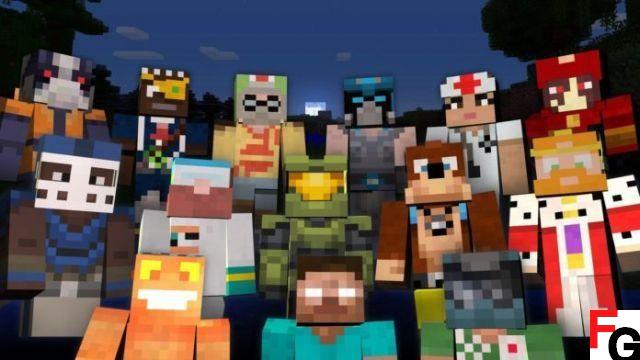 These are the best Minecraft skins of all time. Check back with this article from time to time as we add new skins to the list.

With Minecraft being owned by Microsoft, Master Chief feels right at home in the blocky world of Minecraft. Don this skin and ditch the war with the Covenant for battles with spiders and skeletons.

While we won't have a new Dead Space game anytime soon, that doesn't mean we have to forget about Isaac Clarke and his insanely cool outfit. Represent one of the greats of survival horror with this awesome Minecraft skin.

Bring a galaxy far, far away into your Minecraft world with this Stormtrooper skin. Of course, there are tons of other Star Wars characters with Minecraft skins, but the Stormtrooper is perfect for those who don't want to pick a favorite.

Prepare for the upcoming Half-Life revival and the release of Half-Life: Alyx with this Gordon Freeman skin. Relive the glory days when Valve regularly released new entries in their biggest franchises.

There are too many Spider-Man costumes to count, but you can't go wrong with the classic red and blue. Use this Minecraft skin to embody the famous web-slinger! Be warned though, spiders will definitely attack you if you wear this skin.

If you're not the biggest Spidey fan, there are other Marvel Minecraft skins for you. This Iron Man skin brings Tony Stark into the world of Minecraft, although unfortunately you can't fly or use cool gadgets.

Ant-Man rounds out the Marvel skins on this list. Although he is one of the least popular heroes, he certainly has the most beautiful Marvel Minecraft skin. The red and black suit looks great in block form.

Just because Tetris has no characters doesn't mean it can't have a Minecraft skin. Impress your friends with this colorful outfit made from all your favorite Tetris blocks. The head even has different colors on each side!

While there are no roaming Pokemon in the Minecraft world waiting to be caught, that doesn't mean you can't dress up as Ash Ketchum. This Minecraft skin pairs perfectly with mods like Pixelmon, but if you go to a Pixelmon server with this skin on, you might find tons of other people wearing the same thing.

If you want a skin that more naturally matches the look of Minecraft, then this is the one for you. Dress up as one of Minecraft's most iconic monsters, but with a casual twist. This Creeper skin is a popular choice among many, and there are tons of variations.

The classic Doomguy look transfers beautifully to a Minecraft skin. Pay homage to one of the greatest first-person shooters ever made and prepare for the next Doom Eternal by replicating Doom in Minecraft.

Assassin's Creed is one of gaming's biggest franchises, and the cool character designs are a big reason the series is so popular. The series was undoubtedly at its best when Ezio was the main protagonist, and now you can bring the Italian assassin to Minecraft.

Konami may have forgotten about Metal Gear, but that doesn't mean we have to. Using this skin won't provide any stealth benefits, but at least you'll look cool wearing it.

Even though Minecraft is on Nintendo Switch, there's no Legend of Zelda Mash-Up Pack that injects Zelda goodness into the game like the Super Mario Mash-Up Pack. That's not to say you can't at least have some Zelda in your game. This skin lets you dress up as Link in his traditional green costume, though there are variations with his blue Breath of the Wild gear.

Metroid Prime 4 may still be a long way off, but we can still get a little taste of Metroid in Minecraft using this skin. While you may not be exploring alien worlds, you can still wear the iconic Varia costume while you collect materials or build.

More of the best of Minecraft

Metroid Dread Amiibos – are they worth it? What are they doing? Weilong Mao | October 23, 2022 To get or not to get the Metroid toys. ❯

add a comment of Best Minecraft skins of all time