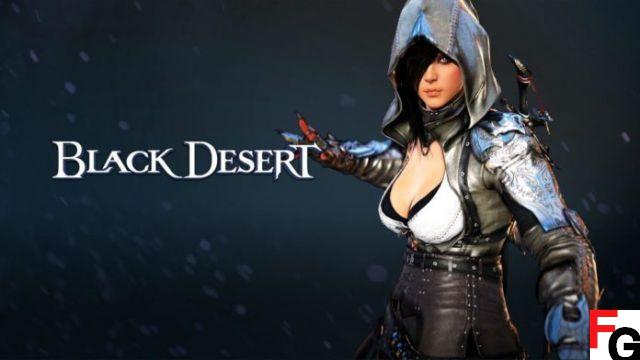 1.78 update arrived for Black desert, and here is the full list of changes and fixes added with this patch. Developer Pearl Abyss said this update, following on from the previous minor patch 1.77, brings the Character Tag system, Marni's Suspicion Device, and new Awakening Skills for all classes. Here's everything new in Black Desert update 1.78.

Character tagging has been added to the game.

You cannot switch between characters in the following locations

Note: Marked characters can still enjoy these contents, but the character swap feature will be disabled.

If you gather or kill monsters in the field, trade items can still drop and be stored in tagged characters' inventory, but they simply won't be able to sell or buy them while tagged. Additionally, trade items cannot be moved or stored in the mount's inventory or town storage.

An interesting story is spreading on the Mediah black market. Rumor has it that a great adventurer discovered Marni's suspicious device from the Sea of ​​Arsha. Word on the streets is that the device was powerful enough to ultimately turn the adventurer into an outlaw. It is said to produce powerful effects when used with Marni's Unstable Fuel. Then this great adventurer said to share the power with the people and they say he laid clues all over the world so that those who are worthy can unleash his power.

Marni's Suspicious Device allows you to share a set of gears between your marked characters.

How to Use Marni's Suspicious Device

Finally, we added the Item Copy (Character Tag) function allowing two characters to share the same equipment. You can now tag your main character with any character you want to try out and open up a whole new set of gameplay options. Black Desert has a roster of over 20 classes, each with their own style and flavor. Still, given how many players focus on preparing a single character in MMORPGs, we thought long and hard about how to encourage adventurers to try out more classes. One of our answers to that question was Arms Vouchers and now we have 'Marni's Suspicious Device' to help ease the pressure. We hope this new update can bring a better experience when adventurers venture out to try other classes.

The following gear cannot be copied:

Mandolf, Trent's armor salesman, started selling 2 particular accessories that had been long forgotten in history. These accessories are called the “Kaia Necklace” and the “Chimera Pupil Jewel”.

The new "Chain: Heaven's Cleave" was designed as a combo alternative to the Take Down skill after Solar Flare. It applies a floating status effect on your target that opens up new ways to continue the combo.

We've decided that the Witch's new Awakening Skill will serve as a combo to use immediately after a Power Skill, allowing her to get extra hits in the process. “Flow: Soul Reaper” was designed to combo straight after Grim Reaper's judgment, keeping the damage tempo longer in Awakening.

Powerful Ranger skills such as Nature's Aspen have long cooldowns and lack combo links (such as Flow skills), making it difficult to chase down combos in Awakening. So we added “Wind Blade” which can be used quickly as an intermediate combo after Wind Step or Nature's Aspen, which should increase your damage and allow you to continue the combo in Awakening.

This skills update aimed to improve Berserker's main weakness in Awakening: the lack of burst skills with concise moves. "Flow: Seismic Blast" was designed to be used between different Awakening skills so that Berserker, much like Sorceress, could continue their barrage of attacks.

Just like the characters above, “Celestial Slam” has been added to Tamer so she can continue her attack combos and deal a sufficient amount of damage as an Awakening. This new skill can also be used after Moonlight Strike to inflict a Stiffness status effect, giving it an additional way to start a combo other than Soaring Kick.

For Musa Awakening, we focused on adding choices that can come after Crust Crusher: the new “Eradicate” skill. Musa can either go for "Flow: Foul Play" for more damage or use Eradicate to respond to enemy attacks. Eradicate can also be activated by using Fiery Angel, which can be very useful in repelling enemy attacks by countering with status effects or gaining a defensive effect.

Moonrise is the most commonly used skill after Sticky Snowflake for Maehwa Awakening. The new "Flow: Frostflower" was designed to be another quick transition skill like Moonrise. Awakening Maehwa used to focus heavily on using New Year's Eve while defeating monsters, but now she'll have a wider range of skills to keep her flood of attacks going.

The most important skill for Valkyrie to deal continuous damage was 'Castigatio' and 'Sacrum Ferit'. The new skill “Divina Inpulsa” was designed to bridge the gap between strong attacks and fast attacks. This skill can also be activated faster when used after Thrust-type skills.

"Moon Storm" has been added to deal powerful area damage, as has the skill "Lethal Spin Spree". It was designed to amp up its main skills to deal more damage if you mix it with other combos.

“Flashing Light” was designed so that Ninja could deal extra damage to opponents to finish them off. The “Snake Ascent” skill is powerful, but if you missed the target, other skills could not compensate for its damage. Flashing Light was created to supplement this weakness by dealing greater damage in a large area.

'Lighting Blast' was designed to boost Witch's ranged skills like 'Detonative Flow'. Previously in Awakening, Witch was forced to switch to her main weapon skills to keep her enemies under control with ranged attacks. “Lightning Blast” gives the Witch a ranged option other than Detonative Flow so she can continue dealing damage from afar in Awakening.

The Wizard's "Hellfire" skill performs a front charge with a forward guard effect, but you had to crash into enemies for it to work. 'Magma Bomb' allows wizards to deal damage even if it doesn't crash into targets with 'Hellfire'. Using the Magma Bomb, Sorcerers can activate quick combos to deal increased damage to enemies within melee range.

“Dark Nebula” has a forward guard effect with a longer duration, so Awakening Dark Knight is now able to sustain and better utilize his defensive skill effects. This skill can move her forward and backward, but her real strength is that she can transition from "Spirit's Legacy" faster, allowing her to dodge and continue her ranged attacks from afar.

Attacker damage decreased significantly when "Skull Crusher" and "Flow: Skull Hammer" were unavailable, so he had to use primary weapon skills to make up for the gap. He can now be less dependent on these two skills with the addition of the “Autumn Blaze” skill.

Mystic's overall damage dropped when she couldn't use "Wave Orb", which was further evident by the fact that she deals regular damage using combos rather than a Power Attack. We've added "Gushing Waters" so that Mystic can have more consistent damage output while picking up Martial Spirit Shards, even when "Wave Orb" is unavailable.

Previously, Lahn used “Primrose Sprint” or “Phantom Dance” for a backward breakout. Newly added "Link Chains" allow him to move behind the opponent while dealing damage. Continuing to use the skill until the 2nd hit can also deal major damage to him, making up for his lack of damage when his main skills are unavailable.

For Archer, we added an Archer skill an Invincible effect. Much like "Tactical Strike", "Mountain Breeze" allows Archer to fight in an invincible state against powerful attacks while moving quickly. Invincibility is applied immediately upon use and he will be able to put some distance between himself and the opponent while avoiding attacks.

Shai's talent skills apply buffs to all friendly allies within range. However, keeping them upgraded was a challenge for her, especially when allies moved quickly across the battlefield. With the addition of the “We Gonna Win!” skill, she can change her music to suit the situation so she can buff allies from afar or debuff enemies from a safe distance.

For Guardian, we tried to keep his “Heavy Power Attacks” skill design and added the new “Flow: To Ashes” skill which will allow him to give more momentum to his attacks. This skill can also be used after "Cleansing Flame" to continue her combo and she can also activate "Flow: To Ashes" immediately after using "Frost Slide" to attack right after changing stances.

We've added "Silent Breach" to allow Awakening Hashashin to immediately charge into enemies and continue a combo if desired. Just like with the “Sand Slicer” skill, he can use “Silent Breach” at any time after certain skills to send his enemies into a floating state and continue his combo.

Nova can use the “Brutal Ring” skill to attack immediately after luring enemies with the “Star's Ring” skill. Also, this skill can be used continuously after using "Frozen Ring" or "Sharp Ring" to deal additional damage if both skills weren't enough kills.

Skill upgrade for Lv. 56 and 57 were released and were designed for adventurers to choose between PvE or PvP skills.

“Reconstructed Fist” is a PvE skill that is slow to cast but can deal big damage in a wider area. On the other hand, “Ator's Palm” is a PvP skill that can instantly “stun” opponents. In Global Labs, a defense effect was added in skills but we decided to remove it at the end based on internal testing and feedback from adventurers.

“Energized Thorn” is a ranged PvE skill, ideal for slashing large areas and causing carnage to Sage's enemies. On the PvP side, we have “Piercing Thorn,” and just like its name, the skill passes through enemies and inflicts a “Knockdown” status effect.

We also focused on improving Sage so that other skills could be activated that were previously disabled when using Flow skills. You will also be happy to know that we are currently preparing Sage's Awakening and that we will reveal more information about it soon.

Treasure hunters continue to stash their chests in the black desert world.

Once you've used the special keys to unlock these new chests and obtained the valuable treasures inside, you can head to certain NPCs in towns to accept and complete a quest. The objectives for completing these quests are as follows.

The rewards for all are GoldBar 100G x2 and Contribution EXP 300:

Theophil Batian in Calpheon – Hand over the Faded Bloodstain Chalice

After completing the quest and receiving the rewards, you can exchange additional treasures for 10G Gold Bar x2

When using the Camp option, the starting pick position has been moved to the “Repair” function.

The starting pick position of the central market has been moved to the “Desired price;.

New options have been added to the ringtone menu option.

Now you can see the tooltip of the items in the “Edit Ringtone Menu” window.

This is a big update as you can see in the patch notes, bringing many changes in Black Desert update 1.78. Remember that you cannot play online until you have downloaded the latest update.

Black desert is available now for PC, PS4 and Xbox One. For more information about this update, visit the official website.