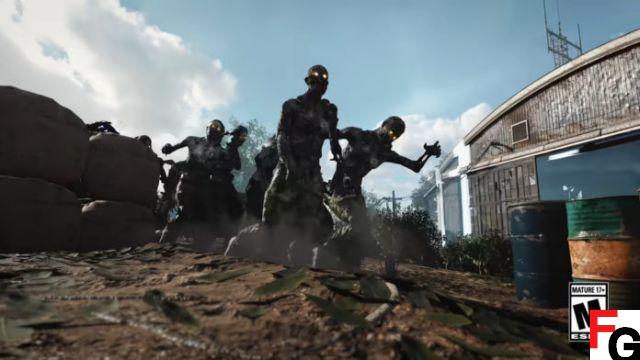 Treyarch recently took to his official Twitter to announce Onslaught's arrival on all platforms. According to the tweet, after the release of the new update, Call of Duty players will be able to play Zombies Onslaught on all platforms while enjoying all the other features of the current update.

This will be encouraging for players who have been desperate to play the mode since last year. To play Zombies Onslaught on Xbox and PC, players simply need to select the said mode from the multiplayer game mode options. Zombies Onslaught Multiplayer Mode is an exciting and fun co-op mode where players must survive against unique zombies and enemies on multiplayer maps. The mode will begin when the player spawns on a map alongside a black aether orb and the entire area will be surrounded by a glowing purple dome.

If you leave this purple dome, players will take damage. In Zombies Onslaught mode, the main objective is to fill the Dark Aether Orb meter to 100%. Once the orb's power reaches 100%, the orb will erupt and kill any remaining enemies in the area while moving to a different location. This completes what is perceived as a “surge”. There are different types of Surges in Onslaught mode that players need to complete in order to move forward.


Onslaught Mode is set to feature a total of 23 different maps and you can find all Onslaught and Onslaught Containment maps listed below:

add a comment of Black Ops Cold War: How To Play Onslaught On Xbox & PC Shubhendu Vatsa | On November 3, 2022, Zombies Onslaught arrived on Xbox and PC.