Borderlands 3: How to Get Diamond Keys 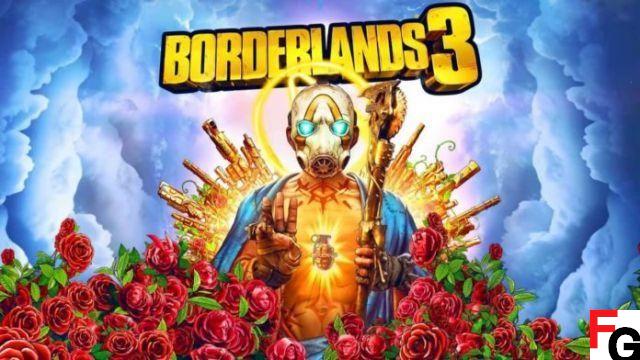 Borderlands 3 The Director's Cut Edition is finally here, bringing a ton of new stuff, including the all-new and very valuable diamond keys. If it wasn't already obvious, they are better than the Golden Keys of the past, so their importance is much higher as well. The question now is how exactly do you get Diamond Keys? This and more will be answered below.

For starters, to even be able to get Diamond Keys in-game, you need to own the Director's Cut DLC Pack. If you have it, a new progression system in the form of Vault cards will be unlocked, allowing you to earn keys. Vault cards are an indirect bonus system, where they sit under your XP bar and you can progress by completing certain tasks. Kill enemies, complete quests, explore, complete all new daily and weekly tasks, etc.

As you level up each Vault card, you unlock new goodies, which is self-explanatory. Legendary gear, cosmetics, you name it. One of these rewards can be the Legendary Diamond Key, which is then used to earn even more rewards that the new DLC has brought to Borderlands 3, by visiting the Diamond Vault and the Armory.

The Diamond Armory is also a new area with the Director's Cut DLC, and you'll find it on Sanctuary III, below the ship's deck. Just go down the ship's control panel and jump to the level below. There should be a door in front of you, that when you go through it, you will get a message saying “Choose wisely”.

Three walls will appear behind it, one with a gun symbol, one with a grenade, and one with a shield. Just approach the chest that will be in the middle of the room and use all the diamond keys you have. This will open up the three walls you have in front of you, and you'll be presented with plenty of items to grab, from weapons to grenades and all that good stuff. You have 5 minutes to do this, which is more than enough, then the room will close and stay that way until you reopen it with another diamond key. Also, when closed, an additional item will appear from the chest itself, as if it wasn't enough that you had all those items before.


And with that, that's all you need to know about Diamond Keys and how to get and use them in Borderlands 3. Director's Cut has a lot of content to cover, so keep enjoying the new DLC.

Borderlands 3 is available on PlayStation, Xbox, PC and Google Stadia. For more information on the game, be sure to check out official site.

Audio Video Borderlands 3: How to Get Diamond Keys
Borderlands 3 DLC guide: How to solve the horror in the woods puzzle ❯

add a comment of Borderlands 3: How to Get Diamond Keys