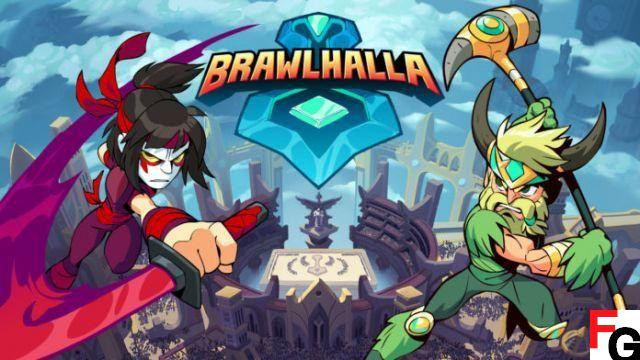 5.11 update has arrived for Brawlhalla, and here is the full list of changes and fixes added with this patch. This update brings the Back to School 2022 event to Brawlhalla. The update includes 11 exclusive skins, an exclusive color scheme and more. So follow the red apples to Mallhalla to get all these limited time items in your backpack.

Along with the new content, this patch features a balance pass, game improvements, bug fixes, and a few other updates. Here's everything new with the 5.11 update.

The return will also include

Brawl of the Week - Brawldown

Step into the ring with your teammate for a limitless 2v2 match! Keep up the momentum by bouncing yourself or your opponents off the ropes. Stun your target with a folding chair or smash them against a table for big damage. KO your opponents 3 times each to win!

They have an exclusive offer with Prime Gaming, the Darkheart Bundle! From the depths of Terminus, this free pack includes:

This limited time promotion is available to all Amazon Prime members. Claim your loot at brawlhalla.com/prime.

They reduced the recovery time of Spear Side Air, lowering the risk of this attack to better match its current threat coverage and usefulness.

Brawlhalla is available on PlayStation, Xbox, Nintendo Switch, PC and mobile devices. If you want to check out the full patch notes, go to the official Brawlhalla website.