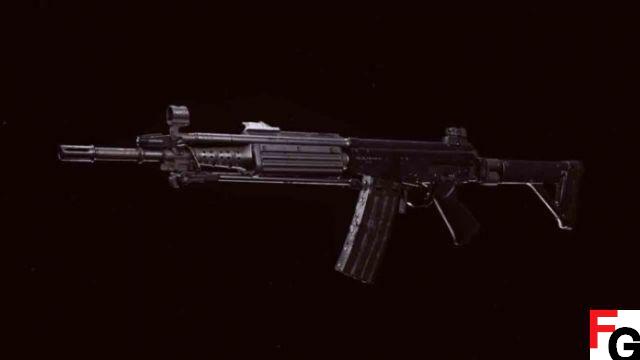 The FARA 83 has quickly become one of the best Assault Rifle options available in the game thanks to the various balance updates to Call of Duty: Warzone with the introduction of Season 5. You will find below the various attachments we have found to best improve the FARA. 83's performance in Warzone.

The GRU suppressor is the best choice for a suppressor, as it helps increase the range of damage available to players, making long range a much more viable option when it comes to attacks. Both Spetznaz gear pieces aim to maximize bullet damage and speed, allowing players to target enemies faster and more effectively.

The Speedgrip in particular, will also help reduce recoil, making it easier to laser fire opponents. While Taped Mags might not be everyone's first choice as it doesn't increase the magazine, we went with them for one simple reason - reload speed. The rate at which you can reload saved magazines is much higher than any other magazine available for the FARA-83. Speed ​​is incredibly important, and in this case Triumph Magazine matters to us as we look to maximize our attack time, not reload.

The 3x axial arms is the best choice for optics for one simple reason, which is to reduce vertical recoil when shooting. It decreases tremendously, allowing players to be much more precise when downing opponents on the battlefield.


With these attachments, players can surely take on the best of the best in Warzone with the underrated FARA-83. For a weapon that isn't talked about too much compared to other assault rifles, it can really do some serious damage to enemies on the battlefield. Check out all of our Call of Duty: Warzone guides here, and stay tuned for more with the new Season 5 update!