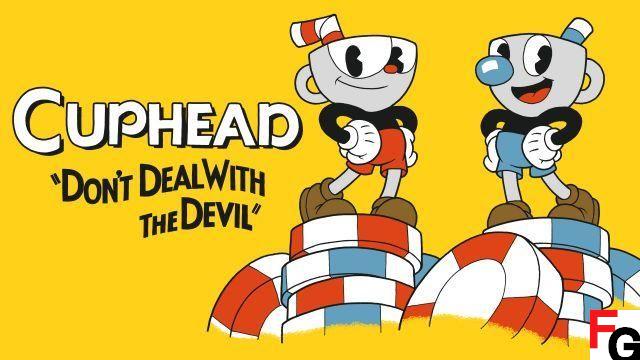 What if we bet against the Devil and then we lose? Well, then he's going to send us to several islands to collect contracts from the souls of many other creatures. it starts like this Cup head, the game based on boss fights, inspired by the most classic films of the Disney company of the 30s, arrived on Microsoft platforms a few years ago, and is now coming to Nintendo Switch play where you want and how you want. We tell you everything we know!

You may be rubbing your eyes like in the drawings of yesteryear, but no, you're not dreaming, and that's Cup head yes it will come Nintendo Change the next 18th April, as announced at the Nindies Showcase on March 20, 2022. From the hand of StudioMDHR We embark on an adventure inspired by old-time Diseney films to grant the devil's wishes after Cuphead and Mugman bet against him and lost.

This way we will have to go three the islands as we face many bosses already some screens of scroll côté. However, it is important to note that one of the main characteristics of Mug Head It is its great difficulty, since more than one will want to throw their Nintendo Switch out the window, but we advise that with patience and dedication, these levels are surmountable. Additionally, the game is already preloading from Nintendo's hybrid console eShop.

Also, this Nintendo Switch version of Mug Head it's not a simple port, as it contains many New Products as the possibility of choosing Mugman since beginning single player gameplay, new animated scenes, new animations for Cuphead and Mugman and the Translation from the game to the country, Italian, German, Spanish, Brazilian Portuguese, Polish, Russian, Korean Japanese and Simplified Chinese. Of course, along with this news, we will also have an aspect that usually goes unnoticed, namely the correction of errors so that the user has the best possible experience.

Finally, as with any other game that has ever been on another platform, many gamers will wonder what the The data plus technicians of the game. This way we could know that the game will be Similar to the Xbox One and PC versions as it will work on 60 fps already 720p in portablemode office we will also have 60 fps, but a resolution of 1080p. In addition, the multiplayer mode will be available on a single screen and we can use the Joy-Con. Of course, if you're a fan of the physical versions of the games, you're in luck, since Mug Head will arrive in physics for the first time, but it will do so sometime after its digital launch on the Nintendo Switch eShop.

In this way, we can only wait a little longer until April 18 to play Cuphead where we want and how we want, in order to satisfy the evil desires of the Devil, who now possesses our souls. And you, do you want to accompany Cuphead and his brother Mugman?