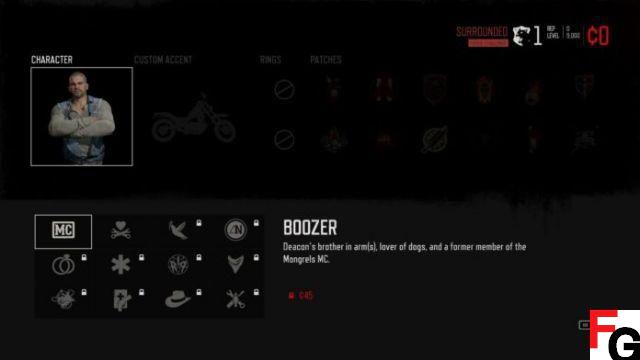 Days Gone received many updates on PlayStation 4, the content of which moved to the new PC version. Among the content drops is the added ability to play with various other campaign characters. Deacon St. John isn't the only effective zombie-slaying machine in the post-apocalyptic Pacific Northwest, after all.

While replacing Deacon with a new face would make for freeroam fun, in-game character skins cannot be used in the main campaign. Instead, character model swapping is a feature relegated to a separate mode.

Here's how to refresh that third-person view.

How to Change Character Skins in Days Gone

Character skins can be changed in Challenge Mode. Found as its own selection in the Main Menu, Challenges Mode is a collection of 12 test scenarios. Once a specific challenge has been selected, the tracking screen will allow the player to equip several different character skins before starting the challenge.

The following skins can be replaced with the default appearance of Deacon St. John:

All character skins must be purchased with credits, which are not shared with the main game. Earnings in Challenges mode are tied to a separate wallet. Additionally, each character requires acquiring a specific rep level, with the exception of Boozer and Rikki. Chip to the demanding trials on offer and the entire cast will be ready to battle Freaks in no time.

add a comment of Days Gone - How to Change Character Skins