Deathloop ending guide: How to get all three endings 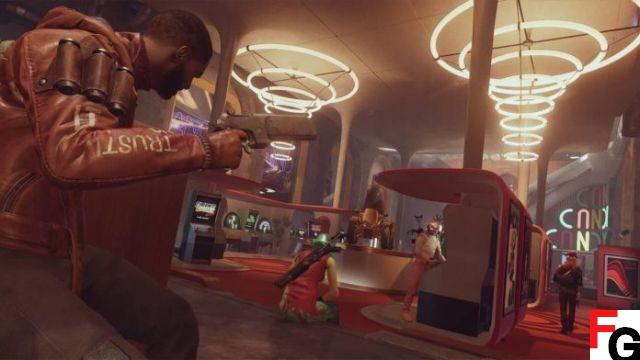 There are three different endings in Deathloop, but the game doesn't clearly state how to unlock each ending. There are no binary, black and white choices at the end of Deathloop, but the ending of Colt and Julianna's story will change depending on your actions in the final level. Removing all Visionaries does not affect anything, so feel free to dispose of them as you see fit. Here's how to get all endings in Deathloop. There are obviously huge spoilers below.

How to Get All Three Endings in Deathloop

There are three endings in Deathloop, and each of them is listed below.

All three endings will still allow you to play past the credits, so don't worry about losing your progress or gear.

To achieve this end, you just need to shoot Julianna. When you equip the Ancient Pistol, you can press R2 to fire the pistol at any time. You don't even have to wait for her to count to three.

After shooting Julianna, all that remains is to eliminate the ninth and final visionary: yourself. Jump off the platform to your death and you'll wake up one last time on the beach. An angry Julianna will shove her gun in your face before walking away. The loop is apparently broken, but Colt's fate is left hanging.

Deathloop Ending #2 – Stay in the Loop

To achieve this end, shoot Julianna but do not jump to death. Instead, sit in the chair to choose to stay in the loop. The day will come to a close once again, and Colt will continue his hunt for visionaries.


Deathloop Ending #3 – Stay in the loop with Julianna

To get this ending, don't shoot Julianna. When she counts to three, she won't shoot you either. Instead, she and Colt will stay in the loop but not as enemies. Colt will wake up on the beach the next morning, but Julianna will be there with him. They spend their days in the loop together (for now), having fun and enjoying the daily reset. There's even a bit of post-credits dialogue between the two.


Due to the extra post-credits dialogue, this appears to be Deathloop's true ending. Whichever ending you choose, you can continue to play on Blackreef Island and hunt visionaries as much as you want. You can also switch to multiplayer mode and play as Julianna if you wish.

Death loop is available now on PC and PlayStation 5.

add a comment of Deathloop ending guide: How to get all three endings