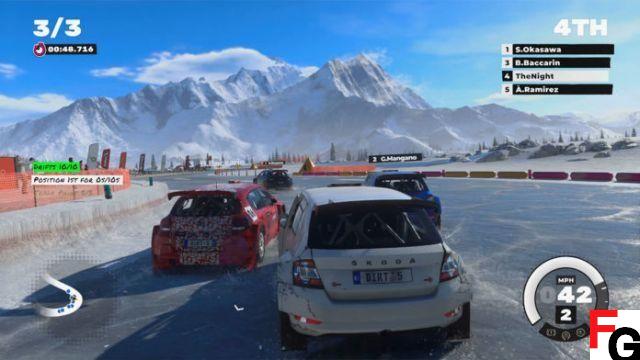 Update 6.02 has arrived for Dirt 5, and here is the full list of changes and fixes added with this patch.

Codemasters has now released a new patch for Dirt 5 on most platforms this September 30, 2022. The update is available today for PC, PlayStation, and Xbox platforms. For those who own the game on Google Stadia, that same update will arrive at a later date.

This new update adds support for the Tricks N Treats Halloween Playgrounds Pack. As expected, this gives you plenty of Halloween-style content. This DLC will be released on October 1, 2022.

The patch also has many fixes and technical changes. You can read the full patch notes below.

The information taken above is taken from the game's official website. Dirt 5 is now available on PC, PlayStation, Xbox and Google Stadia platforms.