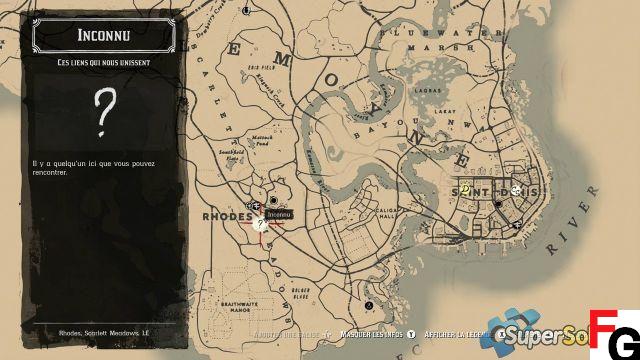 Red Dead Redemption's second title is one of the biggest and most ambitious games to release in the last decade. Thanks to its vast open world, Rockstar Games has allowed many players to go beyond the story of Arthur Morgan and John Marston, with the aim of discovering all the secrets de Red Dead Redemption 2 and complete the map 100%, a pastime that many players enjoy today.

Given its vast and rich world, completing Red Dead Redemption 2 in its entirety and being able to see all of the secret locations, among other things. The interactive map (RDR2 card), will allow you to discover absolutely everything about the rich and vast universe of Rockstar Games' latest and greatest title set in the Wild West. This interesting interactive map is updated with the various weekly updates, so Red Dead Online players also have facilities to complete based on the missions. Either way, you can now complete Red Dead Redemption 2 at 100%.

As you can see in the picture, you can now discover the secrets of Red Dead Redemption 2 with this interactive map, in addition to complete and find the collectibles of cigarette cards, outfits, treasures, weapons and much more. On this site you can search for anything in the search engine at the top left or simply click on what interests you, leaving the interactive map of Red Dead Redemption 2 only with the necessary objectives. You can also zoom and move freely on the map.

For Red Dead Online players, you'll also have the option to reveal Madame Nazar's items, all of which are updated. Additionally, for both single-player and online modes, it is possible to find out where legendary animals, bones, graves, dreamcatchers, loot, wild horses and other secrets are.


To end this interesting article, from the writing of SomosXbox we remind you that you can consult our guide on how to get money fast in red dead redemption 2.