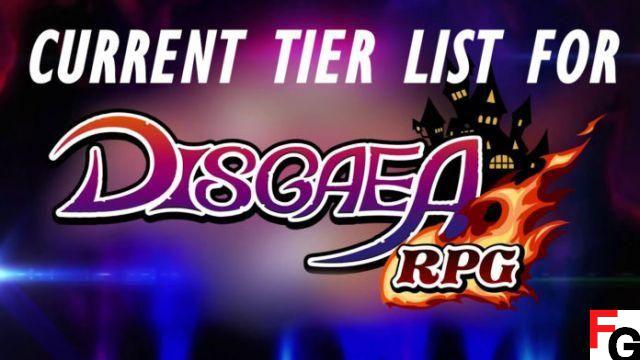 Disgaea RPG came in full force with its brand new English version and players are already looking for a character List of levels, to know which of them are worth investing and which are not worth investing. This is not something new in gacha games, especially when they first launched, as resources do not come easily in such games to focus on multiple units. Sure, the team behind the game has made sure we have enough initial income to run a few draws and expand our roster when we start, but that doesn't mean we have enough for the long haul. Therefore, taking a look at the full roster of 4* characters and what they have to offer is a must.

We've rated 4* characters in just three brackets, as the game only has a few heroes at the moment. That's almost certain to change in the future, but for now, each of them are good enough for their respective fields. Each criteria was based on the JP version of Disgaea RPG, where the game has been out for quite some time, with enough data collected to support in-game character placement.

Laharl fans, please celebrate. We're happy to report that the OG protagonist who kickstarted the entire series is indeed one of the best characters in gaming. For now at least. Laharl and Valvatorez are actually nearly equal in strength and provide nearly identical utility in a fight, so you can't go wrong with either one. Desco is there because of his superb AOE farming abilities, which are really important when you start the game.

While not as important as the first three S-tier characters, they are just as strong and will likely be a core part of your team setup. In the long run, of course, you'll start out with barely any copies of them. Do not hesitate to invest in one of these Overlords.

These here should be your last options for character investing, with a few exceptions. An example of these exceptions could be Etna, as you receive a lot of dupes from her, just by progressing in the game. She is rewarded to you for completing many tasks, so it can be easy to develop her and free her full potential, sooner than if you were trying to build an S-level character. As you progress through the game and collect more duplicates of other stronger heroes, she may eventually lose a spot in your group.


As mentioned above, this tier list will most likely change, for better or worse, as more characters are added to Disgaea RPG. For now though, you don't really have too much room to experiment, all of the above provides satisfying results. Also, you can enjoy the game without having the best possible units because they are all interesting enough and their impressive personalities and skills are what set them apart. Build the team you love the most, not the one considered the best.

Disgaea RPG is now available on Android and iOS. For all things gaming, be sure to check out the rest of our guides here.