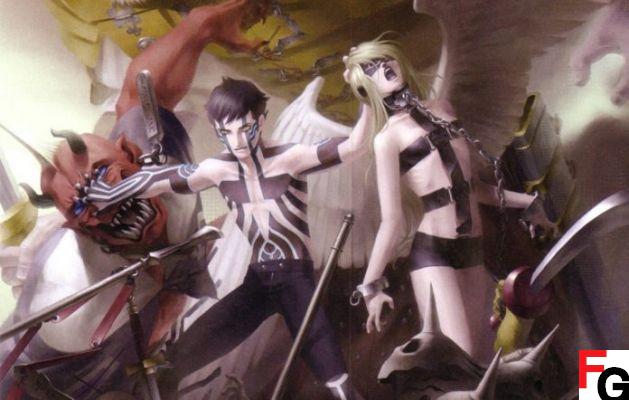 How to rule in a hellscape

Shin Megami Tensei III Nocturne HD is almost here (or now if you've done the insanely weird early access edit). Considering it's pretty much an 18-year-old game, some of its mannerisms might seem obtuse to the modern JRPG player or newcomer to the SMT series.

I started life here at 2022 as a fan of this game, even going by Pixie the Fairy for a while because she's actually Demi-Fiend's hot sidekick. It serves as a way to introduce you to the wild ways of the post-apocalyptic world of Vortex, a hellscape that I'm beginning to prefer to the one we live in now.

Things can get dire in the world of Vortex very quickly, especially if you're trying to play Nocturne according to the logic of other JRPGs, so let me put you on the right track. 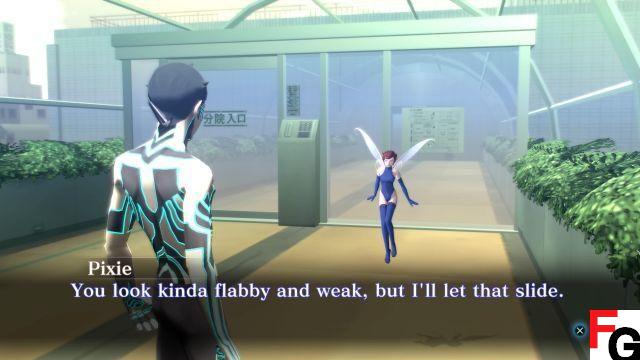 If you're familiar with later SMT games or spin-offs like the Persona series, you'll feel right at home with the Press Turn system. Otherwise, it's gone.

When you exploit an enemy weakness or land a critical hit in combat, you gain an extra turn to use for additional attacks, heals, buffs, or items. You receive one spin per living party member for a maximum of four spins and if you play really well you could get up to eight spins. Look for enemy weaknesses to get the most out of your group's skills.

However, enemies can also exploit your weaknesses for extra turns. Remember that and cover your weaknesses as best you can with Magatamas! Enemies can also sometimes absorb whatever magic they are phased with and be quite evasive when they want to. If you smell or waste an attack, you will lose two turns. This issue fits nicely into my next point.


Fighting higher level bosses will get you nowhere. Use status buffs instead.

Sukukaja. Remember this word. This is a buff that increases your team's accuracy and evasion. Some JRPGs position party-goers as a small advantage. In Nocturne, they make the difference between a victory or a quick and untimely end.

Auto-attack has always been a staple of MegaTen, but it's really there to speed up the most mundane encounters that you're sure you can clear. Auto-attacking a boss will result in a faster kill because bosses like Nocturne's infamous Matador love to buff and make your attacks weak or worthless.

Grinding levels and stats in Nocturne is fine, but it won't reverse the bosses trend. Instead, focus on improving skills. Whether it's your demonic allies or Demi-Fiend's Magatama skills, it's best to use status boosts and exploit weaknesses. Brute force will not work.

Sukukaja, for example, can be stacked up to four times for up to three group turn phases. Its good. This is the way. Ignore this at your peril.

Finally, Magatamas can shield you from certain attacks, like Zan's spells, while weakening you to other things. Use Magatama with caution. They can only be placed outside of combat.

Uzume's Sukukaja brings everyone to the yard. She can learn it, but she might just charge. Be ready to negotiate. 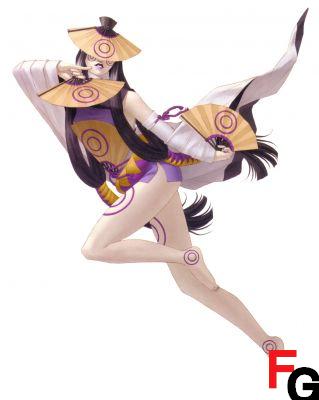 The demons, angels, cryptids, fae, and gods you encounter in normal battle are no different from Pokémon, but you can't just throw a ball at them to claim them. Imagine if you wanted to catch a Pikachu, but it asked if it could have some money or drink some of your blood. Or maybe he wanted to know your philosophical opinions to decide if you suck or cool.


This is the wheelhouse in which the SMT monsters operate, and your responses and attempts to bribe will determine whether they end up joining your entourage or if another god rejects you. Some will just think you're awesome and work their way through your ranks anyway.

Upgrading demons will unlock skills. Some, like Pixie or Lilim, will evolve into new beings and learn new skills, but some demons won't evolve at all.

Enter the Cathedral of Shadows

Finding friends in the field doesn't get you far. Sometimes you have to turn to crazy science to achieve your goals.

Demon Fusion is gradually unlocked in the Cathedral of Shadows. It is used to advance demons in your party, usually by creating newer, more powerful demons to pass on skills and level up.

Some demons can only be gained through fusion or created after defeating a boss. However, you cannot command or create a demon beyond your own level. 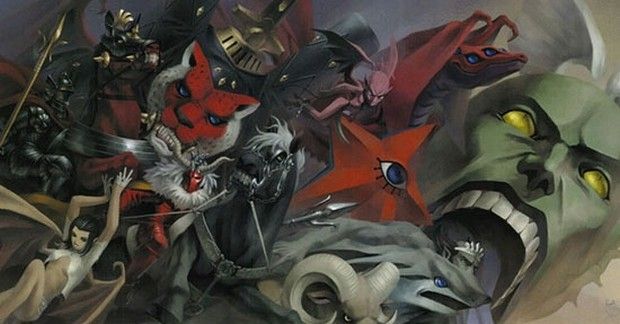 New to Nocturne HD is manual Demonic Skill Inheritance, which can be toggled on and off at will. The games that came after Nocturne and Persona 3 FES all have this system by default, which is preferable to the old system which is all RNG and rather frustrating.

I don't know why the old inheritance system was left behind, but the manual inheritance was later fixed in the Japanese version thanks to fan demand and now we all enjoy it.

However, some demon skills are still exclusive to their respective demon families.


Daemons you want to keep can be saved in a compendium. If you liked a demon as it was, you can safely fuse it and redeem it from the compendium.

There is, however, a big exception here.

As mentioned at the beginning of this article, Pixie The Fairy is your first ally in the game. She is also different from other pixies in the field, as a specific reward will be attached to her being in your party later. 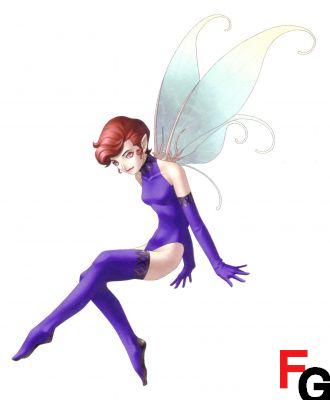 After you complete the initial tutorial phase and approach a construction site, Pixie will ask you if you want to break up or stay together. Ask her to stay with you for your first run in the game. Do not dismiss her this way or summons available in the actions menu.

Depending on your progress in the Labyrinth of Amala, there will come a time when you will be asked for the ally who has been with you since the very beginning. This moment asks for Pixie or her direct Demon Fusion descendant, which means you have two choices and only one way of how to do this.

You can choose to keep Pixie in your demon roster, and you can also use that particular Pixie in Demon Fusion or even allow it to evolve, but you have to keep that specific demon. Whatever you choose to do, Pixie or her demon fusion descendants will always be at the top of your summonable stock list. 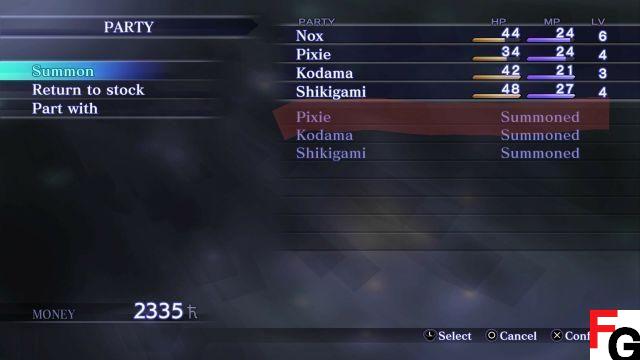 If you merge Pixie, just write the name of the resulting daemon. If you use this resulting daemon in the merge, keep track of the new name. Pixie's "DNA" will be in this demon. Don't reject them.

Rejecting Pixie or her descendants will not earn you the reward. No other pixie or pixie descendant will do.

Do it well and your old friend will come back and grow in power. She will be raised to level 80, gaining her highest level spells and healing magic, as well as +30 for each stat. This makes her a better late game ally than Raidou or Dante, and it's a great way to boost other Molten Demons.

There are six endings to Nocturne, known as "reasons." The reasons are basically replacements for the Law and Chaos lineups from other games in the series. Without going into too many spoilers regarding all of this, the forces of law and chaos have been sidelined and these reasons.

The systems behind Reasons aren't as nuanced as SMT IV or Mass Effect. People presenting these reasons will give you the opportunity to hear them at least twice, so don't feel like you have to go that route in the first meeting. This is the second opportunity where the path can be traced. 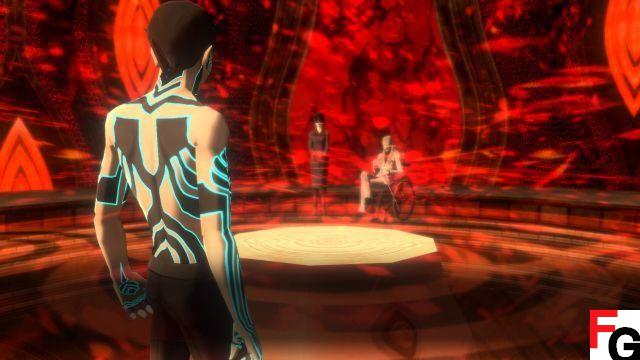 You can join Chiaki, Isamu, or Hikawa's reasons if you like – or not. There are three other options. The path with the most content, however, involves exploring the candelabrum mysteries that you, Dante or Raidou, and the Fiends were given when you first entered the world of Vortex. Some of these Fiends will need to be found, others will find you.

If you followed my advice on buffs and exploiting weaknesses, you might survive it.

Shin Megami Tensei III Nocturne is an eerie journey, with a desolate atmosphere and gameplay that's not above knocking your throat. Ultimately, the game is as hard as you make it. Even the Merciful difficulty will keep you to the rules of the Press Turn system.

So stay prepared and pace yourself. You are going to have a great time. 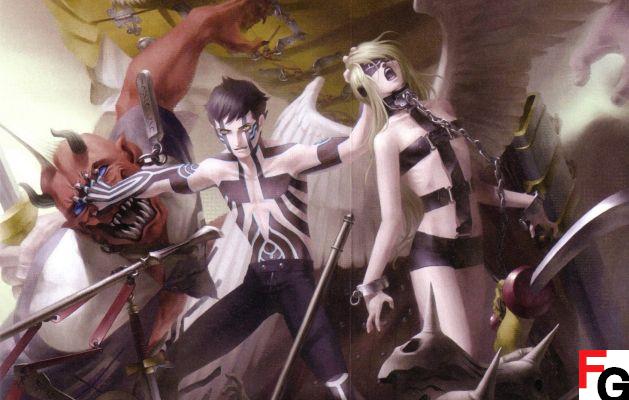