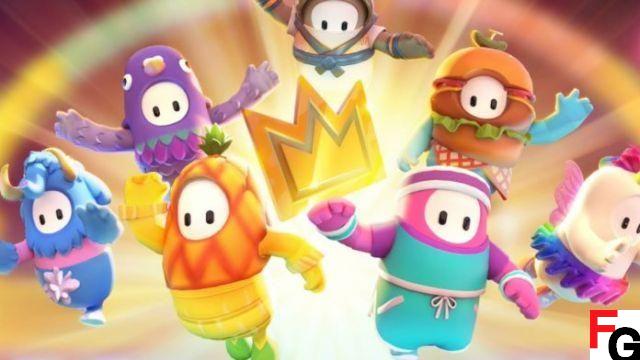 Update 1.15 for Fall Guys has been released, and here is the full list of changes and fixes added with this patch. This update weighs in at 1,1GB on PlayStation 4. There aren't any major changes, but there are a few new surprises that gamers will be happy to find. As usual, some bugs have been fixed, but the real highlight of this patch is the new customization items. Doom cosmetics should start appearing in the in-game store, so be sure to have a few crowns in reserve to purchase the new costumes. Here's everything new in Fall Guys update 1.15.

The official list of patch notes for this update is very short. No specific changes are listed, but you can see what's new below.

As we stated above, this update focuses on new cosmetic items added to the store. The Doom crossover content is finally here, meaning you can dress your character as some of the demons from last year's Doom Eternal or even the Doom Slayer himself.

If you're not a fan of DOOM, there are also other cosmetics to look forward to. Last year, Fall Guys held a charity event where the person or group with the highest donation would receive their own in-game skin, and those skins are starting to roll out now. Ninja, Mr. Beast, G2 Esports, and Aimlab got together and donated a gigantic amount of money to a charity called Special Effect, and their skins rotated in and out of the Fall Guys Item Shop at the over the past few weeks. Keep an eye out for these and save your crowns to have enough when they reappear.