Far Cry 6: does it offer a cooperative multiplayer mode? 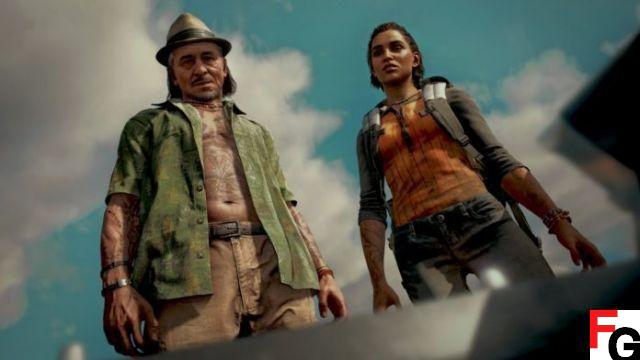 Far cry 6 finally has a new release date, allowing us to count the months and days until we can embark on Dani Rojas' groundbreaking adventure. While the story revolves a lot around Dani, the protagonist will see support from a wide range of people (and even animals!). However, many are wondering if this additional support can come in the form of real players via cooperative multiplayer.

It's a valid question, as cooperative play is no stranger to the series. Co-op first appeared in Far Cry 3. In a separate multiplayer mode, four players could come together for specific co-op missions. Far Cry 4 raised the bar by allowing full roaming with two players, although activities limited story content. Far Cry 5 and New Dawn fully realized cooperative play by breaking down more barriers and opening up the entire game, story included, to two players through co-op.

We now turn to Far Cry 6, an entry spanning current and last-gen platforms, and would-be players would like to know what form of multiplayer, if any, is present in the latest iteration. Fortunately, we have these advance details ready to answer those curious minds.

Does Far Cry 6 have cooperative multiplayer?

Far Cry 6 is playable solo or in two-player co-op. Since the title is still tied to last-gen limitations, the number of co-op players does not change. At least, that's my best guess as far as potential reasoning goes. Cooperative play will cover all components of Far Cry 6, including the story campaign and other diversions. This aligns Ubisoft's latest installment with the franchise's previous two games, Far Cry 5 and New Dawn.

We didn't expect Ubisoft to take a step back this time around, but those hoping to revisit a four-player Far Cry experience will be disappointed. There's always Far Cry 7, right?

add a comment of Far Cry 6: does it offer a cooperative multiplayer mode?