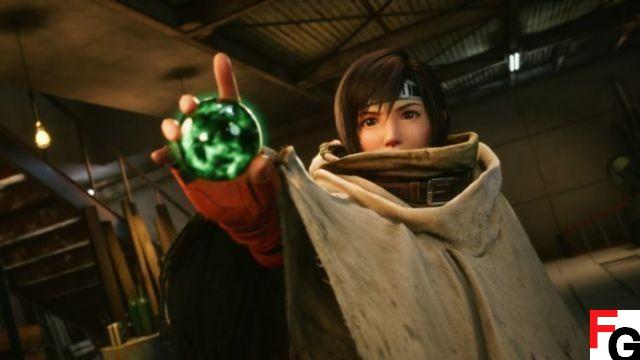 Final Fantasy VII Remake not only offers an enhanced version of the original game for PS5 owners, but also Yuffie DLC called Episode INTERmission. This DLC adds two new chapters to the game, and that is definitely the main attraction of this new version of the game. It is included with the game for some people, but other players will have to purchase it separately. Here's how to start the Episode INTERmission Yuffie DLC in Final Fantasy VII Remake Intergrade.

After installing the Episode INTERmission Yuffie DLC, you can start it from the Final Fantasy VII Remake Intergrade main menu. Simply press the R2 button on the main menu to jump to the episode's INTERmission title screen. From there, you can start playing the new Yuffie DLC. You can play it whenever you want, but the game will warn you that it's meant to be played after you've completed the main story at least once. Not just to avoid potential spoilers, but also because the DLC doesn't explain any of the game's controls or mechanics and expects you to already know how to play the game. It's also probably harder than some content endgame in the main story, so be prepared.

The episode INTERmission is free if you purchase Final Fantasy VII Remake Intergrade at full price. However, if you take advantage of the free upgrade from PS4 to PS5, you must purchase the Yuffie DLC separately for an additional $20. Unfortunately, those who claimed the PS4 game for free on PlayStation Plus earlier this year aren't eligible for the free upgrade, so you'll have to buy the PS5 version at full price if you're one of those people. Final Fantasy VII Remake Intergrade looks like a pretty substantial upgrade over the original, so fans won't want to miss out on all the new content and improvements.

Final Fantasy VII Intergrade Remake is available now on PlayStation 5. Check out our review of the original game here.

add a comment of Final Fantasy VII Remake Intergrade: How to start the Yuffie DLC