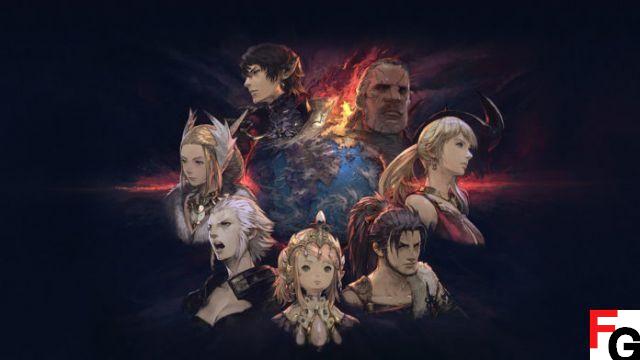 5.55 update arrived for Final Fantasy XIV, and here is the full list of changes and fixes added with this patch. Update 5.55 adds the second half of the 5.5 main storyline that will lead into Final Fantasy XIV's next expansion, Endwalker. Also, the last part (heh) of the Relic Weapon quest and the Save the Queen story arc appear in this update. Warriors of Light can now grind their Mettle in the new Zadnor area. It works just like Bozjan's Southern Front, but there are a few new mechanics to shake things up, and the increased Resistance Rank cap to 25 means there's a lot of work to be done. Here's everything new in Final Fantasy XIV update 5.55.

Chronicles of a New Era quests have been added.

New side quests have been added.

Save the Queen: Blades of Gunnhildr

Save the Queen: Blades of Gunnhildr (Weapons of Resistance)

New side quests have been added.

New chapters have been added to New Game+.

The final quest for each chapter must be completed before it can be unlocked.

The following additions have been made to performance shares:

New instruments have been added.

New emotes have been added.

The winning hairstyle from the FFXIV Hair Design Contest is now available.

Save the Queen: Blades of Gunnhildr

Zadnor boards have been added.

Like Bozjan's Southern Front, Zadnor is a new instanced encounter in which players aid Bozjan's resistance in their ongoing efforts to reclaim their homeland from the Imperial IV Legion.

The following items have been added to the list of potential materials obtained when salvaging weapons and attachments obtained from trials:

The graphical effects of the main fisherman tool The Resplendent Tacklefiend's Rod have been adjusted.

New large fish have been added to fishing holes in Norvrandt areas.

New mounts have been added.

A new chocobo bard has been added.

New minions have been added.

Final Fantasy XIV Update 5.55 is the last major update the game will receive before Endwalker is released on November 23, 2022. There will be a 5.57 update, but it won't be as robust as 5.5 and 5.55. The Relic Weapon grind should hold most Warriors of Light until the expansion drops, especially those looking for all the Final Fantasy XII cosmetics added in the Save the Queen storyline. I'm not really the biggest fan of Mettle's grind, but I won't lie and say I don't want Balthier and Fran's hoverbike as my mount.