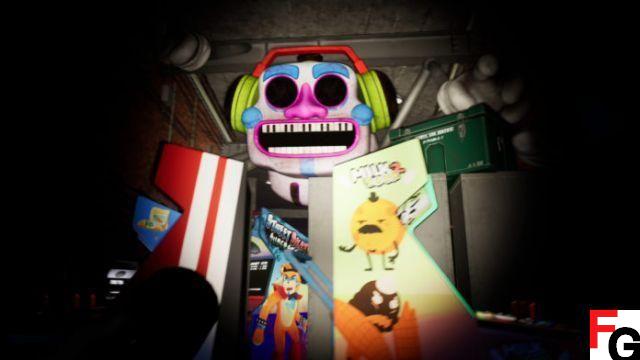 Security doors are the bane of your existence in Five Nights At Freddy's: Security Breach. If you're tired of being locked out early, players have discovered two methods to make it easier to break through barriers. Security Breach is a pretty buggy game, and we're going to use that fact to our advantage. Speedrunners are already using these tactics to get into areas much, much sooner than you're allowed to - you can even unlock ones that are perpetually locked. Security level 10 / 12 doors. If you're really curious to see what's behind the curtain, here are two methods you can use to enter any door in the game.

Remember that this only works on doors. Doors that Monty or Chica can open with upgrades do not count. You'll need to smash these animatronics and loot their parts to enter these doors - though sometimes there are glitches you can use to break through. We won't cover them here. It's all about the doors.

How to open any door with Freddy Fazbear

This method allows you to access locked doors much, much earlier in the game than intended. It's a tricky method that requires summoning Freddy Fazbear - Freddy, when summoned, can go through any door in the Pizzaplex. Even if you can't open it yet, Freddy can browse it. But you will still be locked in by an invisible wall. There is a way around this invisible wall.

This method applies to any high-level door – especially great for going through those security level 10 doors that are currently impossible to open. There is another method that is much easier to implement. If you're having trouble with this method, you can collect Infinite Safe Passes later in the game.

How to get maximum security with a behind-the-scenes trick

During the sequence where you go to the Backstage Security Office to acquire the Main Stage disc, you'll need to use the cameras during the lockdown event to stop the attacking animatronics and let Freddy get to you. After escaping through the vent and completing the security event, you can actually immediately return to the backstage security office.

After escaping from the backstage security office, do not go directly to the main stage / atrium. Instead, return to the Backstage Security Office – another Security Pass will be available to pick up. You can repeat this process (leaving and returning) to achieve an infinite level of security. You really only need to go to security level 8 to get through any door in the Pizzaplex with stuff behind it. There are Security level 10 / 12 doors, but there is nothing behind them. However, if you want to explore the out of bounds areas of the map, you can do so with this issue.

Five Nights At Freddy's: Security Breach - How To Find All Freddy And Flashlight Upgrades ❯

add a comment of Five Nights At Freddy's: Security Breach - 2 Tips To Open Any Door In The Game Early | Security Level 10 Guide