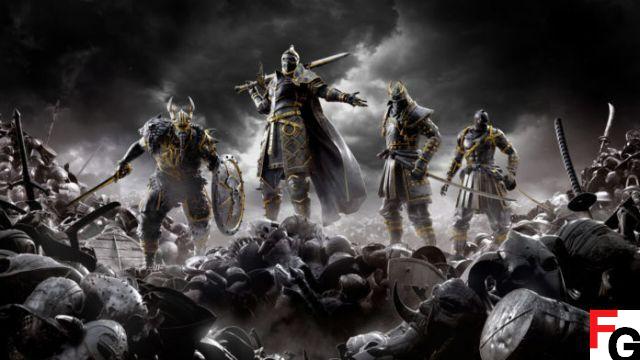 Update 2.30.1 has arrived for For honor, and here is the full list of changes and fixes added with this patch.

Today, September 23, Ubisoft is set to release a new update for For Honor. Maintenance for this patch is ongoing at the time of writing and will only last one hour. You should be able to install the new patch once the maintenance is complete.

The file size for the update is 23,25MB on PC, PS4, and Xbox One. Ubisoft is still investigating why people get a black screen on launch. This issue should be fixed in a future update. It is advisable to update your graphics drivers if you play on PC. You can contact Ubisoft if you are still having problems.

Increased death assist to 10 points (was 8)

Developer Comment: Renown gain when defeating an opponent was too skewed based on who dealt the last hit, so we increased the assist reward to compensate for this.

Developer Comment*: The large gap between boost and contest areas made contesting more appealing than boosting, leading to situations where players preferred to let an area be contested so they could win in fame faster. This effect should be minimized with this change.*

Increased lane points of captured minions to 1,5/s (was 0,9)

Developer Comment: The first week of testing indicated that matches were on average longer than expected.

During the first week of testing, players focused much more on secondary points than on the minion lane, and as such spent very little time eliminating minions; this led to reduced points gain as teams control the Minion Lane for shorter periods of time. We want players to always view Minion Lane as a good place to earn points and spread out, so this change aims to ensure that Minion Lane is always an attractive place to focus efforts towards.

Known Issue: Please note that diagonal back dodge will no longer work due to this fix.

The following information comes from the game's official Reddit page. For Honor is now available on PC, PS4 and Xbox One platforms.

add a comment of For Honor Update 2.30.1 Patch Notes