Fortnite: Chapter 3 – What You Need To Know To Gain More XP And Level Up Faster | Crown, creative and more 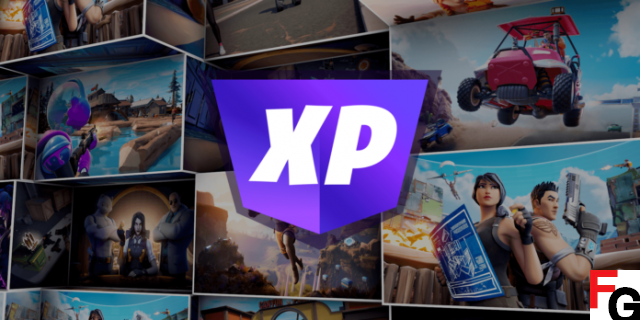 Battle Royale isn't the only way to unlock everything.

The XP grind has started all over again in Fortnite: Chapter 3. The previous island and all of its permutations have exploded, dropping players into an all-new Battle Royale island, complete with new features, quests, and a Battle Pass with a entire season of skins. This new map isn't exactly the seismic change of Chapter 2 – this one updated the game with a whole new engine – but Chapter 3 offers some nice bonuses to the player. Like sliding!

Changes to XP have also been made. If you're an inept gamer, you might have forgotten that there are other ways to earn XP than just playing Battle Royale games. Creative Mode AFK farming is back – and you can earn a lot of XP by earning accolades in different Creative Mode events. Battle Royale is no longer strictly required to complete a season…but you can now earn more XP than ever by chaining together your Victory Crowns. We'll go over all the ways you can earn lots of XP below.

AFK farming is still a thing

In the early days of Mode Creative, AFK farming was a popular pastime for gamers who can't earn a lot of XP by playing the game. AFK in creative mode - there is no penalty, and there is no trick.

You don't need to use emoticons or stay active. You can receive 60 XP per day by simply switching AFK to creative mode for 75 minutes. Just leave it after completing your daily challenges and reap some rewards. If you do this daily, you can complete a Battle Pass with just a few hours of actual in-game play.

One of the most popular Creative Mode maps is another great way to get XP without even trying. The Death Race 999 the event rewards you with 10k~ XP for completing about fifty levels. This is in addition to AFK XP that you can earn. Once you learn to walk the map once, you can do it again and again. That's worth at least a handful of levels per day.

Rack up your XP with Consecutive Crowns

On the other side of the spectrum, we now have the Crown feature. By scoring a Victory Crown in Battle Royale, you will earn a special glowing crown on your character on your next turn. This makes you a massive target, but you'll also win XP Bonuses for everything you do.

We don't know how much extra XP you get for wearing the crown, but you'll still earn a bonus. Even more fun, if you manage to earn multiple Victor crowns in a row, your crown will expand with more llama heads. Don't forget to get a screenshot so you can share it with everyone.

And finally, with the start of chapter 3, there are bugs. In Creative mode, you can earn bonus XP by completing accolades and other challenges – and some players have found ways around the normal limitations for strapping rockets on their backs. Already, Day-1 patches have stopped some of the creative XP farming modes, which are draining players with completely insane gains like 1k+ for a split second of work.


NeNeedless to say it's not wise. If you suddenly earn 50 Battle Pass Tiers in less than an hour, your earnings could be stripped from you – or even worse, banned. Don't try this at home.


After the patch, there are still creative mode events that generate thousands of XP rewards. Just check out the two methods shown in this video here – they will most likely be fixed soon.

This is just one of dozens new issues that appeared on Day 1. The first issue is entering a map to reach “God Mode” and then exiting the event with the ability to fly. Upon exiting the Creative Hub and reaching one of the nearby islands, the player can land and die/exit to generate thousands of XP Tokens. There's an even simpler problem in The City RP mode - entering PVP and then unlocking the cars in a private match can instantly give you 1k~XP.

A quick Youtube search will find many, many more. Some have already been crushed. It's in Epic's interest to get rid of these issues as soon as possible, so I seriously don't recommend trying them. It might sound like fun, but leave that to the Youtube cowboys. You don't want to waste all your years of sweet customization, do you?

add a comment of Fortnite: Chapter 3 – What You Need To Know To Gain More XP And Level Up Faster | Crown, creative and more