Fortnite Dinosaur Locations: Where To Find, Ride, And Feed The Klombos 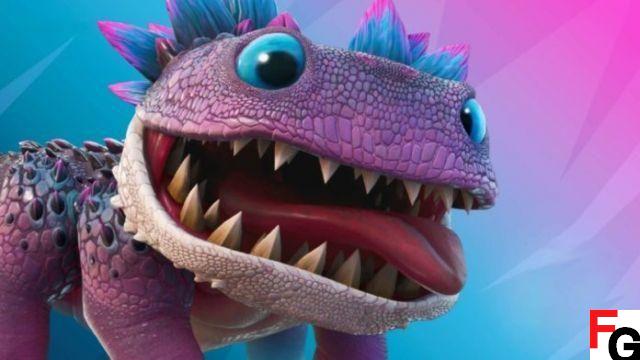 The latest update, Fortnite v19.10, arrived today and there are a lot of new additions like the new dinosaur Klombos. Fortnite's Klombos is a friendly beast here to help you out. Here is everything you need to know about Klombos.

Where to find Klombos in Fortnite

Klombos, the cuddly dinosaur can usually be found in two locations so far in Fortnite. Northwest of the Daily Bugle and northwest of Tilted Towers, you'll likely find Klombos spinning. While these two locations are the best places to find Klombos, the best advice is to get into a vehicle and travel to areas of the map with lots of space, as Klombos will not spawn in small towns. or places.

Unfortunately, Klombos is a beast that cannot be ridden. They are still useful. If you ride on its tail and head towards its blowhole, you can be propelled into the sky, granting you some good airtime to escape a fight.

The Klombos is a docile creature that will not attack you unless provoked. If you shoot a Klombos, it will naturally get angry and react. Klombos will turn red with anger and trample across the battlefield, dealing damage to those in their path. It will also shoot lava out of its vent when angry, so why not.


How to feed Klombos in Fortnite

Klombos loves to eat, so feeding him is a good idea. In the nearby bushes of an area where a Klombos is present, you will find Klomberries. Throw them at a Klombos and it will give you some great loot.


You can also feed Klombos other foods like wolf or boar meat, but that won't give you as much loot as a Klomberry. Be sure to search for these bushes and feed the beast in order to use the Klombos.

add a comment of Fortnite Dinosaur Locations: Where To Find, Ride, And Feed The Klombos