Fortnite - How To Find And Defeat Ruckus 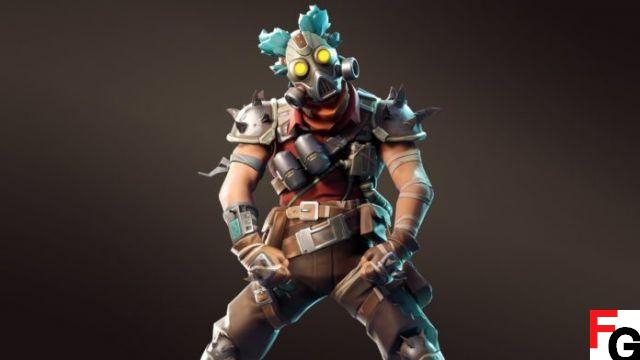 One of the new Mandalorian Beskar quest steps in Fortnite Chapter 2 Season 5 tasks you with defeating Ruckus, a boss located somewhere on the island. This Beskar quest step will unlock the Beskar style for the Mandalorian's right arm, and it's one of the toughest challenges you'll face when trying to upgrade his armor. Finding Ruckus is only half the battle, as he packs powerful weapons that can easily kill you if you're not careful. Here's where to find and defeat Ruckus in Fortnite.

Where to find Ruckus in Fortnite

Ruckus is located in Hydro 16, the large building east of Slurpy Swamp near the dam. He patrols inside the building, but is also found wandering outside. However, it will always remain near the building. If you can't find it, just head to the location shown on the map below.

How to defeat Ruckus

Ruckus is a powerful enemy who can easily wipe out an unprepared party. He is equipped with a Legendary Heavy Assault Rifle and an Epic Rocket Launcher, both of which deal incredible damage. Getting the height advantage can help you win this fight, so try to build fortifications for yourself or climb to the roof of the building if you can.

Also keep an eye on other players. While everyone is trying to upgrade the Mandalorian's armor, several people are likely to flock to Hydro 16 to try and defeat Ruckus themselves. Beating Ruckus alone can be done quite easily, but dealing with enemy players can be a huge headache. Ruckus drops his gear when defeated, which can help you get a head start in the match. Once he's downed, you'll unlock the Beskar style for the Mandalorian's right arm.

Fortnite - How To Use Weapon Gradient ❯

add a comment of Fortnite - How To Find And Defeat Ruckus