Fortnite: How To Get A Free Shubhendu Vatsa Mushroom Pickaxe | 6 2022 Here's how to get the Crescent Shroom Pickaxe in Fortnite 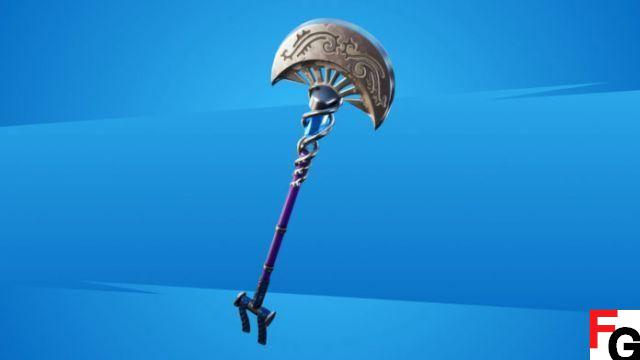 You can get the brand new Crescent Shroom Pickaxe for free in Fortnite Chapter 3 Season 1. This year's Fortnite Winterfest was a groundbreaking event and even Epic Games didn't expect the holiday event to break their servers. The developers who gave away 14 days of free rewards during the event were loved and appreciated by all, but it seems Epic still isn't done with the free gifts.

To apologize for server issues towards the end of December, Epic Games is giving players an extra gift called Crescent Shroom Pickaxe. Here's how you can get the latest Winterfest 2022 present in Fortnite Chapter 3.

As a thank you for everyone's patience during December's connection issues, we'll be kicking off a power leveling weekend from 1/7 at 19 p.m. to 1/10 at 7 a.m. ET and granting everyone who Connected during Winterfest the new Crescent Shroom pickaxe before it hits the shop later! pic.twitter.com/d2xiIDnyl2

Epic Games has also planned a Power Leveling Weekend from 7 to 10, which will be great for earning XP and leveling up the Fortnite Chapter 3 Season 1 Battle Pass. Those who didn't log in during the holiday event will be able to purchase the Crescent Shroom Pickaxe from the Item Shop later when it arrives in the Fortnite Item Shop. Currently, the developers haven't disclosed how many V-Bucks the pickaxe will cost, but based on pure speculation, the item could cost between 800 V-Bucks and 1200 V-Bucks.


Reminder: Madcap will finally be released later this season!

In the latest update, the outfit has been updated to display the text "Introduced in Chapter 3, Season 1" In-Game! pic.twitter.com/ZfxXQDzWAg

The Crescent Shroom pickaxe is a cosmetic to match the upcoming Madcap skin and Epic is giving players the chance to claim it for free. Leaks have revealed that the Madcap skin will be added during Chapter 1 Season 3. HYPEX, another well-known leaker has suggested that we will be getting a Madcap bundle which will include the skin, a backbling, and the pickaxe.


Madcap has been updated this update to say "Introduced in Chapter 3 Season 1", so expect the pack to release this season, or possibly this month! pic.twitter.com/2t8DHm6jC1

However, there is no release date for the skin as of now. It's quite possible that the skin, along with the pickaxe, will be introduced with the mid-season update.

add a comment of Fortnite: How To Get A Free Shubhendu Vatsa Mushroom Pickaxe | 6 2022 Here's how to get the Crescent Shroom Pickaxe in Fortnite