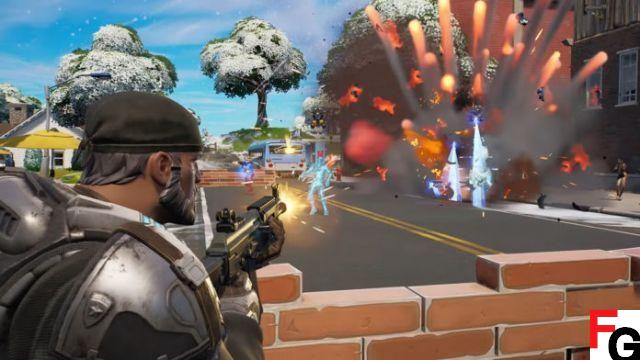 The third season of Fortnite's second chapter has arrived and players are already embarking on what looks to be the game's best season yet, featuring not only familiar faces like Dwayne "The Rock" Johnson's The Foundation, the leader of the Seven and Zero Point's greatest defender, but also the debut of new characters, such as Spider-Man and Gears of War protagonists Marcus Fenix ​​and Kait Diaz. That said, here's how to get both Marcus Fenix ​​and Kait Diaz in Fortnite Season 3.

How to get Marcus Fenix ​​and Kait Diaz in Fortnite

Unfortunately for anyone looking forward to showcasing the full power of Delta One, the Gears of War crossover, which will bring the already-revealed Marcus Fenix ​​and Kait Diaz to Fortnite, has yet to be released. But, according to well-known and renowned leaker @iFireMonkey, the skins will soon be added to the in-game store, with a launch notification due on December 10. In addition, according to iFireMonkey, the arrival of skins will be accompanied by the arrival of a series of “Gears of War Challenges”. Considering this, we can say with certainty that you will be able to acquire the skins by purchasing them from the Item Shop, but only for a limited time.

While we wait for both skins to arrive in Fortnite, don't forget to find out how to get Spider-Man and how to unlock his Symbiote and Future Foundation suits, so you can rock out in style. That said, if you want to be able to enjoy the newest chapter in Fortnite's story to the fullest, we recommend purchasing the new Chapter 3, Season 1 Battle Pass, available for 950 V-Bucks.

Fortnite - How To Get The Last Laugh Pack ❯

add a comment of Fortnite How To Get Gears of War Characters – Marcus Fenix ​​& Kait Diaz Franklin Bellone Borges | December 7, 2022 Find out how to get both Marcus Fenix ​​and Kait Diaz in Fortnite