Fortnite: How to Get Summer Midas 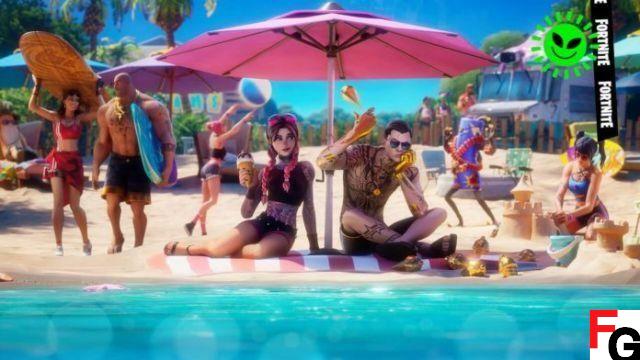 The Cosmic Summer event is finally here in Fortnite, and Summer Mias will be one of the new skins featured during this event. There are already a ton of free Cosmic Summer rewards players can earn by completing quests, but brand new summer-themed skins will also be added to the Item Shop during the event. Epic Games has released a screenshot showcasing Summer Midas, Summer Jules, and many other summer skins, and each of these characters will be available in the Item Shop at some point during Cosmic Summer. Here's how to get Summer Midas in Fortnite.

How to get Summer Midas in Fortnite

Summer Midas will be available in the Fortnite Item Shop during the Cosmic Summer event. The outfit is officially called Midsummer Midas, but the price is currently unknown. Unlike Summer Jules and many other summer skins, Midsummer Midas will come with a new pickaxe, weapon skin, and loading screen, which means this pack will likely cost quite a bit of V-Bucks. Midsummer Midas also has three unique styles, one of which turns all of his tattoos to gold.

According to Fortnite leaker HYPEX, we'll have a new Summer Skin or a Returning Skin in the Item Shop every day until the Cosmic Summer event ends on July 6. It's unclear if all the skins will drop at once or if they'll be released one at a time, so keep an eye out for the Item Shop throughout the event so you don't miss Summer Midas and the rest. new skins.

We'll have new and/or returning summer skins every day from today until June 6!


While waiting for the new skins to hit the store, you can start working on your Cosmic Summer quests. The first set is already live, requiring players to jump into Bio's Zone Wars trio and complete various challenges. More quests will be released in the coming days and will also focus on other limited time modes.

add a comment of Fortnite: How to Get Summer Midas