Fortnite: How to Get the Rick Sanchez Skin from Rick and Morty 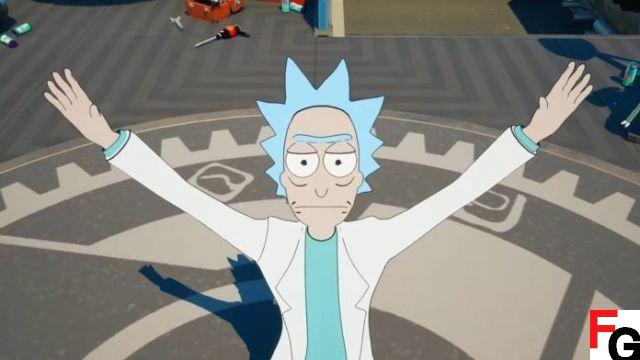 Rick Sanchez came to Fortnite in Chapter 2 Season 7, but you'll have to do a lot of work in the new Battle Pass to unlock him. A Rick and Morty crossover was teased in the days leading up to Season 7, and now Rick Sanchez is a full-fledged skin in Fortnite. He's one of the new Battle Pass skins along with Superman and several other original Fortnite characters, but he's the hardest to unlock of them all. If you want to get Rick, you'll either have to buy lots of V-Bucks or play lots of matches. Here's how to get the Rick Sanchez skin in Fortnite.

How to get Rick Sanchez in Fortnite

Once you reach page 10 of the Battle Pass, you will need nine Battle Stars to purchase the Rick Sanchez skin. Since the Rick Sanchez skin is the final reward for page 10, however, you will need to purchase all of the other rewards on the page before you can get it. That means you have to buy the Hammerhead Morty pickaxe, Butter Robot bling back, and everything else first. These items add up to 45 Battle Stars, so you'll need to save up and skip items from previous pages or upgrade the Battle Pass to earn enough stars. Once you meet the prerequisites to get Rick Sanchez, you can unlock him with nine Battle Stars.

After that, you'll be done with the Fortnite Chapter 2 Season 7 Battle Pass. There's still plenty more to come in Fortnite Season 7, like the Superman skin, so there's plenty of reason to stick around once you have the Rick Sanchez skin. Superman will be available later in the season, and you'll need to complete a series of challenges to unlock him, just like previous secret skins like Deadpool and the Predator. Epic Games likely also has a few surprises up its sleeve like it did during Season 6, so stay tuned and keep an eye out for future Fortnite crossovers and events.

Fortnite - How To Get A Rare Winterfest Woolly Warrior Skin ❯

add a comment of Fortnite: How to Get the Rick Sanchez Skin from Rick and Morty