Fortnite Jinx Skin: How To Get The League Of Legends Shubhendu Vatsa Outfit | November 3, 2022 Get ready to witness Jinx in Fortnite Season 8. 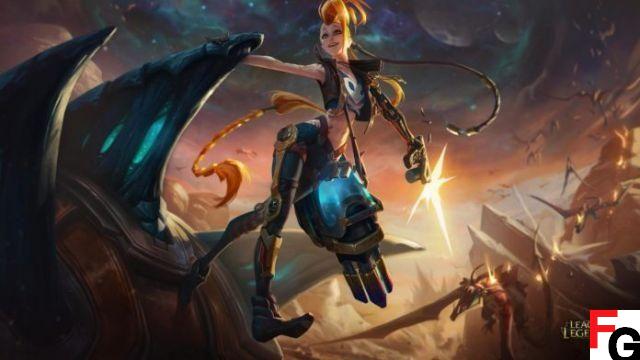 According to the new leaks, Fortnite and League of Legends are collaborating to promote the latest League of Legends Netflix TV series called Arcane. Epic and Riot Games have decided to bring Jinx to Fortnite. ShiinaBR, a well-known Fortnite leaker, recently tweeted about the upcoming collaboration:

Next week, Jinx from League of Legends will join the island, to celebrate Riot Games' new show "Arcane". pic.twitter.com/OBzfwBYJxM

Arcane is set to release on Netflix on Saturday, November 6, and the Fortnite Jinx Skin may officially release on the same date. Fortnite's partnership with the biggest names in the industry is nothing new and this collaboration adds another jewel to their crown. League of Legends is one of the most famous Esports titles in the world and attracts a ton of viewers. Thus, the paths that cross between Fortnite and League of Legends were quite acquired. Arcane is an animated series that is coming to Netflix and is said to feature several League of Legends game champions. Epic Games found the best way to glorify the release of the series by bringing League of Legends champion Jinx to Fortnite Island.

However, the Jinx Fortnite skin isn't the only thing players will get with the new collaboration. Players can expect a Jinx pack in Fortnite Season 8 which could include a glider, pickaxe, and back bling. Epic can go above and beyond and offer players emotes and wraps as well. Regarding the price of the Jinx bundle, players can suspect that the Jinx skin costs around 1200 V-Bucks to 1500 V-Bucks. At the same time, the price of the complete pack can be between 2000 and 2500 V-Bucks. Epic Games will definitely come with more information about the collaboration and the Jinx skin and bundle as we get closer to the show's release.

Fortnite Mjolnir Location – Prove your worth by choosing Mjolnir as Thor ❯

add a comment of Fortnite Jinx Skin: How To Get The League Of Legends Shubhendu Vatsa Outfit | November 3, 2022 Get ready to witness Jinx in Fortnite Season 8.