Fortnite Season 7 Battle Pass explained: What are Battle Stars and how to unlock skins? 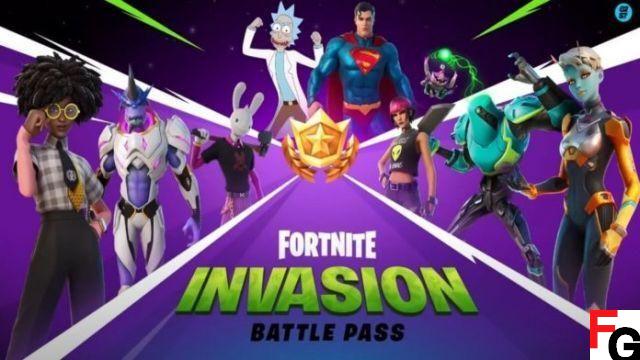 Fortnite Chapter 2 Season 7 is finally here, but the highly anticipated Battle Pass uses a new system with Battle Stars that players may not be used to. Instead of offering linear progression from level 1 to level 100, the new Battle Pass lets you choose the rewards you want to earn in the order you want to earn them. You'll still be able to earn all of the rewards by the time you hit level 100, but you can get some items earlier if you really want to. Here's everything you need to know about the Fortnite Season 7 Battle Pass, including how Battle Stars work and how to unlock new skins.

How does the Fortnite Season 7 Battle Pass work?

Each page has a premier reward like a new skin, but you won't be able to purchase those rewards until you collect everything else on the page. You'll still need Battle Stars to get these rewards, but you also don't have to buy them if you don't want them. If you don't want to buy any skin with Battle Stars, you can save them and get the rewards on another page. Players who don't purchase the Battle Pass can also redeem free rewards with Battle Stars they earn by playing matches.

How do I get Battle Stars?

Battle Stars are obtained by playing matches and upgrading the Battle Pass. When you level up by earning XP or purchasing Battle Pass tiers with V-Bucks, you'll earn five Battle Stars that you can spend on various rewards. This means there are 500 Battle Stars up for grabs if you reach Battle Pass Tier 100. Rewards usually range from 3 to 9 Battle Stars, and since you don't have to buy everything on the Battle Pass, you'll definitely be able to get the cosmetics you want to unlock. Fortnite Season 7 features skins like Rick from Rick and Morty and Superman, so save up those Battle Stars if you want to win at unlocking those characters.

What skins are included in the Season 7 Battle Pass?

Unlike previous seasons which featured a wide array of crossover characters like Lara Croft and Raven from Teen Titans, Fortnite Chapter 2 Season 7 mostly features original characters designed by Epic Games. However, that doesn't mean there aren't some interesting characters on the new Battle Pass.

Superman is included with the new Battle Pass, only you won't be able to unlock it until later this season. It will also be locked behind a series of challenges, but they probably won't be too difficult. Rick Sanchez from the popular Rick and Morty show is also in the Battle Pass, and you can unlock him as soon as you reach the appropriate level. As for the original characters, there are a handful of cool skins in the game after the new update. The main two that people are excited about are a character called Kymera that you can customize in the Battle Pass menu and a new bunny character that is unlocked on page 4 of the Battle Pass.

add a comment of Fortnite Season 7 Battle Pass explained: What are Battle Stars and how to unlock skins?