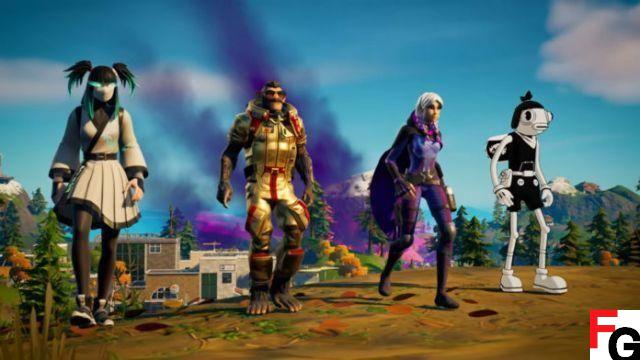 Fortnite Chapter 8 Season 2 is finally here, which means there are new NPC locations to discover. After the Season 8 finale, the Fortnite map changed in some weird ways. There are a bunch of new characters to meet, and many of them have quests you can complete for XP. Before you can do their quests, however, you must first find them. The NPC roster is much smaller this season, but more characters will surely be added later in the season. Here are all the Fortnite Season 8 NPC locations.

All of these characters offer Punchcard Quests, which are five-step questlines that reward a bunch of XP. They're a great way to get a head start on your Season 8 Battle Pass, so don't skip them. More characters and more punch cards will arrive throughout the season, so keep an eye out for new NPCs and missions.

While doing quests and looking for NPCs, don't forget to collect colored bottles from various areas so you can customize the new Toona Fish skin. Also keep an eye out for Rainbow Ink, which can be obtained from chests.