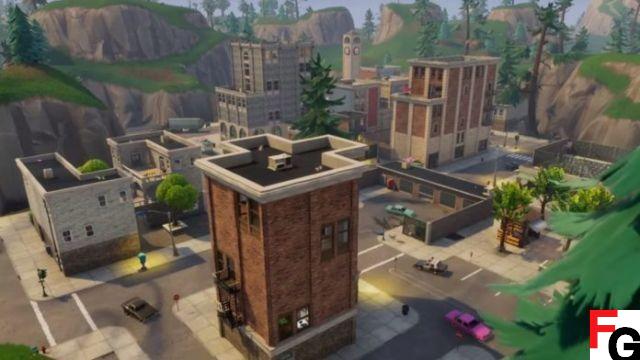 The Fortnite v19.10 update is almost here, and this patch is shaping up to be the biggest one Chapter 3 has seen so far. This update brings back the fan-favorite Tilted Towers point of interest, which was frozen under the ice and snow that slowed the thaw throughout Chapter 1 Season 3. Many other changes are also planned for this patch, notably the addition of new fauna. and weapons. Of course, we won't know everything until the update drops, but for now, here's what's new in Fortnite v19.10.

Epic Games has yet to release the exact patch notes for this update, but we already know the most important features. Here's what to expect from this Fortnite update.

While the only information we currently have on new content such as weapons, POIs and NPCs comes from dataminers, Epic Games has shared the list of bugs that will be fixed in the v19.10 update on the Trello Board Fortnite. Here are all the issues that will be resolved.

While Epic hasn't shared an exact timeline for how long Downtime will last, you can expect the game's servers to be back online a few hours after Downtime begins. This is not a patch update, so you will need to download the update file after downtime is over. The download size shouldn't be too large (Fortnite patches aren't usually too large), so you should be able to go back and get to Tilted Towers in no time.