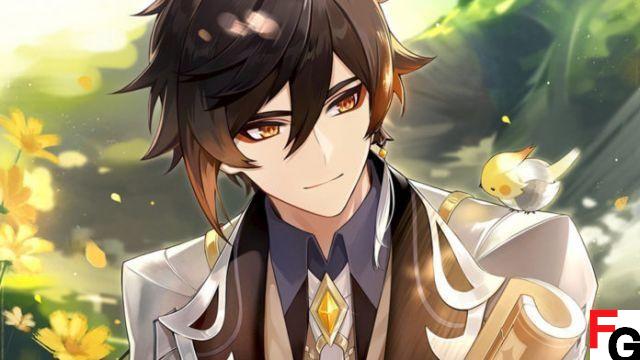 Genshin impactVersion 2.4 "Fleeting Colors in Flight" is almost here and gamers around the world are already counting the seconds for the debut of 5-star Cryo Polearm Shenhe and 4-star Geo Polearm Yun Jin, as well as the debut of the long-awaited replays of the fan favorites Xiao, ganyu, and Zhongli. With that said, we are now going to tell you everything you need to know about the second wave of banners in version 2.4, which will include both Ganyu and Zhongli.

The second wave of Genshin Impact 2.4 banners will include, as we said above, the long-awaited reruns of “Plenilune Gaze” Ganyu and “Vago Mundo” Zhongli. The banners will air from February 25, 2022 to February 15, 2022 and will feature Hydro Sword user “Juvenile Galant” Xingqiu, Electro Claymore wielder “Uncrowned Lord of the Ocean” Beidou, and Pyro Catalyst user “ Wise Innocence” Yanfei as its star 4 stars.

Alongside the debut of the two banners, the release's second Weapon Event Wishes Banner will also debut, featuring both the 5-Star Polearm Vortex Vanquisher and the 5-Star Amos' Bow as weapons. stars. Besides the 5 stars, the banner will also include the 4 star weapons Favonius Sword, Lithic Blade, Dragon's Bane, Favonius Codex and Sacrificial Bow. The banner will air simultaneously with the reruns of Zhongli and Ganyu.

The release's first wave of banners will include both the 5-star Cryo Polearm "Lonesome Transcendence" Shenhe and the 5-star Anemo Polearm "Vigilant Yaksha" Xiao. Along with the new characters and replays already revealed, version 2.4 will also feature the debut of two new skins, for 5-star Electro Sword user Keqing and 4-star Geo Catalyst user Ningguang.


Genshin impact is currently available for PC, PlayStation 4, PlayStation 5 and mobile devices – Android and iOS. Genshin Impact version 2.4 “Fleating Colors in Flight” is set to debut on May 5, 2022.