Genshin Impact 2.4 How To Get The New Ningguang Franklin Bellone Borges Skin | December 27, 2022 Find out how to get Ningguang's new outfit 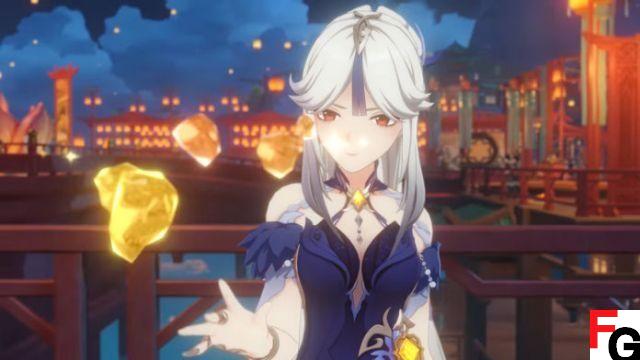 Genshin Impact's 2.4 "Fleating Colors in Flight" is only a few days away, and players are already gearing up for what looks to be one of Genshin's best updates. That said, among the many additions to the title, one of the best is the arrival of a new skin for fan-favorite 4-star Geo Ningguang, called 'Orchid's Evening Gown'. But how are you going to get it? We will now walk you through how to get the new skin (outfit) of Ningguang “Orchid's Evening Gown” on Genshin Impact version 2.4 so that you can show everyone who opposes you the true power of the Tianquan of the Liyue Qixing , now on her evening dress.

How to Get the New Ningguang Skin on Genshin Impact Version 2.4

According to miHoYo, in an official post on HoYoLab, players will be able to acquire Ningugang's new skin "Orchid's Evening Gown" by participating in the exclusive "Fleeting Colors in Flight" event. The event should start shortly after the 2.4 release begins. After the event ends, players will be able to acquire the new skin by purchasing it from the in-game Character Outfit Shop for 1 Genesis Crystals. The outfit will be a permanent addition to the store.

Ningguang's new skill will be the 4th to arrive in the game, following Barbara and Jean's debut on version 1.6 of the game, "Midsummer Island Adventure". Genshin Impact version 2.4 will also feature the debut of a new skin for Keqing, as well as the in-game debut of 5-star Cryo Polearm user Shenhe and 5-star Geo Polearm user Yun Jin. You can find out how to get Keqing's new outfit "Opulent Splendor" here. Don't forget to also check out all the banners featuring the 2.4 characters.

add a comment of Genshin Impact 2.4 How To Get The New Ningguang Franklin Bellone Borges Skin | December 27, 2022 Find out how to get Ningguang's new outfit