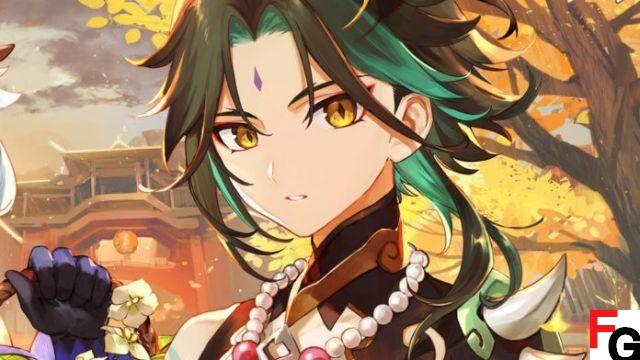 Genshin impactVersion 2.4 "Fleating Colors in Flight" is only a few days away and many players are currently counting the seconds for its first wave of banners, which will include both the debut of the next 5-star shenhe and the long-awaited rerun of the fan-favorite 5-star Xiao. That said, we're now going to tell you everything you need to know about the first two banners in Genshin Impact version 2.4, including their runtimes, featured 4-star characters, and more.

Genshin Impact 2.4 Shenhe and Xiao banners: all 4 stars and above

As we said above, the first phase of Genshin Impact 2.4 will feature two banners, featuring both the upcoming 5-star Cryo Polearm “Lonesome Transcendence” Shenhe and the 5-star Anemo Polearm “Vigilant Yaksha Xiao. The banners will be available from 5th 2022 to 25th 2022. In addition to the featured 5-star characters, both banners will also feature the debut of 4-star Geo Polearm "Stage Lucida" Yun Jin, as she will be, with 4-star Geo Catalyst "Eclipsing Star” Ningguang and 4-star Cryo Claymore “Frozen Ardor” Chongyun, one of the 4-star characters in Character Wish Banner. After the end of version 2.4, Yun Jin will join the 4-star roster available as part of the game's standard Wish Banner, or "Wanderlust Invocation".

Along with the launch of the first wave of banners, a new banner featuring a weapon will also debut, featuring both the new 5-star Polarm Calamity Queller and the 5-star Polearm Primordial Jade Winged-Spear as 5-star weapons. . Along with the 5-star weapons, the banner will also include the 4-stars, the flute, the Favonius greatsword, the lithic spear, the Widsith, and the Favonius warbow. The banner will unfold and end with the Shenhe and Xiao banners.


Genshin impact is currently available for PC, PlayStation 4, PlayStation 5 and mobile devices – Android and iOS. Genshin Impact version 2.4 “Fleating Colors in Flight” is set to debut on May 5, 2022.

Genshin Impact 2.4 How To Get The New Ningguang Franklin Bellone Borges Skin | December 27, 2022 Find out how to get Ningguang's new outfit ❯