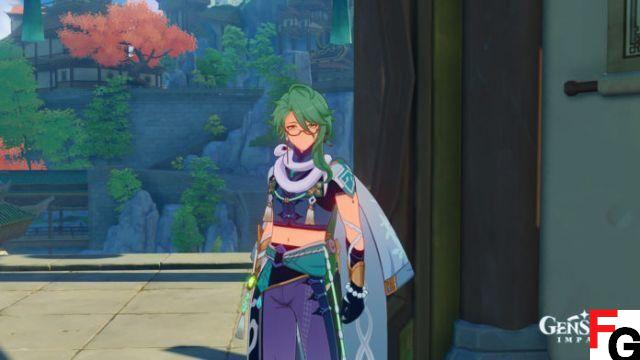 Among the many characters in Genshin impact, very few are as popular and mysterious as Baizhu, who returned to the game during the new archon quest "The Crane Returns on the Wind". That said, ever since he was first introduced, on Version 1.0, fans have been eagerly awaiting Baizhu's debut as a playable character. Now, we're going to tell you everything you need to know about the character, as well as when he might be released.

Baizhu is a renowned doctor currently residing in Liyue Port. He is also the current owner of the Bubu Pharmacy, as well as a Dendro Vision Bearer. He is also Qiqi's tutor, a role he took on after meeting her by chance. Baizhu has a very poor constitution, having been sick for a long time, he is also known to produce very bitter medicine. Qiqi's fifth scenario revealed that he didn't take her in for the goodness of her heart, but because helping her could help her in her personal pursuits. He is always seen accompanied by his pet snake Changsheng, which clings to his neck.

When will Baizhu be released?

It's still unclear when and even if Baizhu will be added to the game's main roster, but many fans are still saying that he and the sixth Fatui Harbinger Scaramouche are destined to become available at some point. That said, as Baizhu is a Dendro Vision Bearer, he might actually be one of the characters released in the game's next big update, which will take the Traveler to Sumeru, a nation that worships the Archon Dendro, the little lord Kusanali, also known as the God of Wisdom. Just like with Inazuma on version 2.0, it is possible that Sumeru will debut in version 3.0 of Genshin Impact.

add a comment of Genshin Impact Baizhu: Everything You Need To Know Franklin Bellone Borges | 11 2022 Find out everything you need to know about Baizhu