Genshin Impact Kamisato Ayato – Everything We Know So Far Franklin Bellone Borges | December 23, 2022 Find out everything we know about Ayato, Ayaka's older brother and the current leader of the Kamisato clan 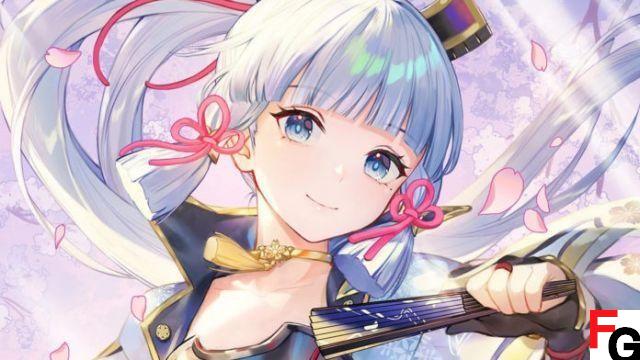 kamisato ayato, the current leader of the Kamisato clan and Ayaka's older brother is one of the most popular characters in Genshin Impact, although he has yet to make an actual appearance in the game, being only mentioned in various dialogue and featured in Itto's character trailer. , like a voice. But who is Ayato, what will his kit be, will he be 5 stars, and when will he be released? To answer these questions and more, here's everything we know about Kamisato Ayato.

Who is Kamisato Ayato?

As we said above, Kamisato Ayato is Ayaka's older brother and the current head of the Kamisato clan. He assumes the role of clan leader after the death of his parents. Ayato is also the leader of the Shuumatsuban organization, made up of an elite group of ninjas. He is also the only member of the organization able to find Sayu easily, much to his disbelief. Ayato is also depicted as always being stressed out, thanks to his responsibilities, causing Ayaka to worry about him. He is also described as being someone who excels with both a sword and a polearm. According to a voice line from Arataki Itto, Ayato seems to be a fan of beetle fights.

According to numerous leaks, Ayato will be a 5-star character and possess Hydro vision. Also, according to the latest leaked information regarding the character revealed by known leaker Dimbreath, which the leaker himself claimed to be questionable, he will be a sword user whose skill descriptions mention both Kento Poses, this which will likely increase the attack and the existence of special attacks designed to deal elemental damage. We still don't know if he will be support or DPS.

When will Ayato be released?

According to numerous leaks, Ayato is set to release on Genshin Impact version 2.5 or 2.6, both scheduled for the first half of 2022. It's worth pointing out that it's almost a guarantee that Yae Miko will be one of 5 characters featured stars should be released on version 2.5. According to numerous leaks, she will be a 5-star user of Electro Catalyst.

It should be mentioned that Ayato's Japanese voice actor, who voiced his small appearance in the Arataki Itto character trailer, was revealed to be Akira Ishida, who also voices antagonist Otto Apocalypse in Honkai Impact 3 by miHoYo. It was also revealed that the characters also share the same Chinese voice actor. You can check out Akira Ishida's work below, in Honkai Impact 3rd's [Pre-Revelation] trailer:

add a comment of Genshin Impact Kamisato Ayato – Everything We Know So Far Franklin Bellone Borges | December 23, 2022 Find out everything we know about Ayato, Ayaka's older brother and the current leader of the Kamisato clan