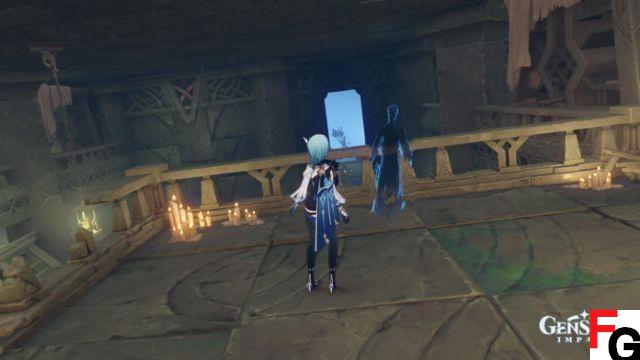 Of the many world quests featured in Genshin Impact's new Enkanomiya region, the Dragon and Serpent Collections world quest is one of the trickiest, as players need to find 5 lost books scattered around Teyvat. That said, we will now tell you where you can find all the books needed to complete Enkanomiya's world quest, "Collections of Dragons and Serpents".

Where to recover the lost 5 pounds in Genshin Impact

As we said above, the books are located throughout Teyvat. You can check out the location of each lost book, as well as a more detailed guide on how to trigger the quests and solve the puzzles needed to get each book below.

Before Sun and Moon & The Serpent and the Drakes of Tokoyokoku

After triggering the "Dragon and Serpent Collections", which can be done by going to the library and talking to Ema, you can get the first book, Before the Sun and Moon, by completing the world quest for Antigonus. You can trigger the quest by going to the northwest part of the Dainichi Mikoshi area and talking to the two NPCs near a cliff. Unlike all the other Lost Books, which are all in Enkanomiya, the second book, The Serpent and the Drakes of Tokoyokoku, can be brought from Yae Publishing House in Inazuma City. The book is quite cheap and can be brought for 1.500 Mora.

In the light, in the shadow

Now things are going to get a bit tricky, as the book In the Light, Beneath the Shadow can only be acquired after completing a secret puzzle. To reach the puzzle, you must go to the Dainichi Mikoshi area. Once there, head to the location shown in the image below, where you'll find a Ruin Guard, along with some explosive barrels. Hit the barrels to open a path through the ruins. Once inside, hit the mechanism then proceed to Whitenight. Once the change is made, return to the room and press the other mechanism to open your way to chess. After opening the chess set, proceed to Evernight and return to the treasure room, where you can interact with an altar model. Take a picture of the pattern and head to the Serpent's Heart Altar. Once there, simply interact with the doors in the order shown on the wall to get a treasure chest containing the secret book Into the Light, Under the Shadow.

Hydrological studies in the experimental files Byakuyakoku and Bathysmal Vishap

You can get the Secret Book of Hydrological Studies in Byakuyakoku by completing the Date Challenge world quest. You can trigger the quest by entering the sealed room in the center of the main maze in Evernight Temple. Bathysmal Vishap Experimental Records, the latest book, can be acquired by going to the Vishap Research Lab, which you can do through a portal in the northernmost part of the Dainichi Mikoshi area. Once you get to the island, just walk forward and battle enemies to get it.

After completing the world quest and finding the 5 lost books in Genshin Impact, simply return to the library and talk to Ema again. After that, just put the books back on their shelves and head to the specified point to complete the quest. After completing the quest, players will receive the achievement "If Tokoyo Ookami knew that..." along with 20 Primogems and 25 Mora.

add a comment of Genshin Impact Lost Books Locations: Where To Collect The 5 Lost Books