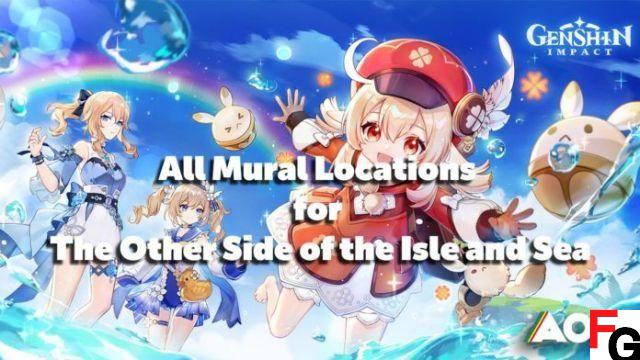 Dans le nouveau Genshin impact side quest The other side of the island and the sea will send travelers across the newly added archipelagos in search of murals. Travelers who have completed the first step of Act 2 in the Midsummer Island Adventure event quest will get the quest as soon as they find their first mural in the Golden Apple Archipelagos.

These murals are scattered all over the islands, but we've found them all for you. This guide is a work in progress, so for now I have two maps with icons to indicate where on the Golden Apple Archipelagos are these murals on the other side of the island and the sea ​​at Genshin Impact. I'll add a screenshot of each fresco to help those of you who need a little more guidance, so be sure to bookmark this page if that's what you're looking for.

When you find a mural, Paimon will ask you to take a screenshot of it, so use the normal camera in the main menu to do that. Once you've found all of the murals, you'll be directed to the Knights of Favonius Library in Mondstadt. Go there and talk to Sayid and find out what happened to the lost travelers.

All icons with an exclamation point are murals in the northern half of the islands. A full set of screenshots for each will be available soon.

All icons with an exclamation point are murals in the northern half of the islands. A full set of screenshots for each will be available soon.