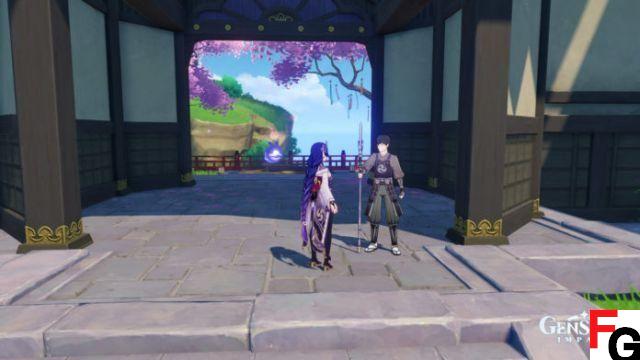 Genshin impact is a game filled not only with challenges but also with quests and sub-quests, which will certainly contribute to enriching the journey of the Traveler through the world of Teyvat, as well as helping him to unlock many of its mysteries and treasures. With that said, we're now going to walk you through one of the game's trickiest side quests, Battle of Revenge.

How to trigger the quest in Genshin Impact

The quest itself isn't difficult, but to trigger it will require not only skill but also a lot of luck since you first need to complete Inazuma's Daily Quest "An Art to Perfect" a few days. previously. In the commission, players must fight Asakura, a Doushin who had his weapon stolen, in a duel. We advise players to use the new region-focused commission system to increase their chances of unlocking commission. It's also worth pointing out that many only managed to unlock the quest after completing the commission multiple times.

Battle of Revenge – A Step By Step Guide

Ideally, you can trigger the side quest by talking to Asakura at his usual location southwest of the Tenshukaku, the residence of the almighty Radien Shogun, a few days after completing the commission, You can check Asakura's usual location on the map below:

After talking to him, he will reveal that he has finally found out the whereabouts of the thieves who stole his gun and will ask the Traveler for help. Managers will be located north of Araumi, where indicated by the Wayrider Waypoint on the map below. To reach it, just slide down it. After reaching the location, go wild and finish off the enemies.

After finishing them, you will have to go to their leader so that Asakura can finally collect his weapon. The leader will be on Jinren Island. To reach the island quickly, you can either jump to the waypoint there, or grab your Waverider and head to the island, which is north of Araumi.


Once there, you will once again have to fight the boss' minions as Asakura fights for his weapon. After the fight is over, you just need to talk to Asakura again to complete the Battle of Revenge quest and claim its rewards.

Genshin impact is currently available for PC, through the official miHoYo launcher and on the Epic Games Store, PlayStation 4, PlayStation 5 and mobile devices – Android and iOS.