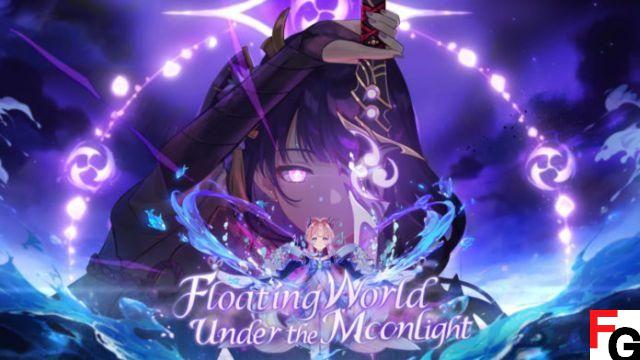 Update 2.1 is almost here for Genshin Impact, and here is the exact release time when you can start playing. Genshin Impact version 2.0 introduced a whole new region, a new main story chapter, and an awesome new character a few weeks ago, and now another patch is coming with even more content. Update 2.1 brings the final chapter in the Inazuma Archon story, a handful of new characters, a surprise PlayStation crossover, and more. Here's everything you need to know about Genshin Impact 2.1, including release time, preload info, and early patch notes.

Just like the last 2.0 maintenance period, MiHoYo provides players with free Primogems to compensate for downtime. 300 Primogems will be awarded to all players once the servers are back online, which equates to 60 Primogems per downtime hour. Even if the maintenance ends early, players will still receive the full 300 Primogems.

How to Preload Genshin Impact 2.1 Update

To preload Genshin Impact 2.1 update on PC, you just need to open the launcher and click on “Game Pre-Installation”. You will need 16,1 GB of free space to install the update. Once the download is complete, you will be ready to play once the update is released.


To download the 2.1 update on mobile, log into the game on your iOS or Android device. Once you are in the game, open the Paimon menu and select Settings. Next, navigate to the Other section and tap on "Pre-install Resource Package". You will need 2,24 GB of free space to download it.

◇ New Islands: After the Version 2.1 update, two new islands, Seirai Island and Watatsumi Island in the Inazuma region will be available.

It is the home of the Raiden Shogun, who rules Inazuma.

It is also the perfect place for a "duel before the throne".

Domain: Palace in a swimming pool

It is said that a long time ago, sea water had not yet filled this pool. The moonlight was brighter then, and it filled the pool instead, flowing freely like quicksilver.

◆ Challenge the Domain for rewards such as Primogems and Electro Sigils.

Recently, the ecology of Teyvat has seen an increase in the fish population, with many new species of fish appearing in various waters. The grassroots fishing association has its hands full and had to set up a commission to help the Adventurers Guild…

Bring your fishing rod, choose the bait, find the spot, cast your rod, reel it in and voila, a big catch!

The caught fish can not only be used to make dishes, but can also be exchanged for valuable treasures at the Fishing Association. There's even a chance of catching vibrant ornamental fish to admire in your home!

What are you waiting for? Let's become fishermen together!

*To make it easier for travelers to save fishing spot locations, a pin to mark fishing spots has been added to the map. Travelers can place the pins as needed.

His Excellency, the Almighty Narukami Ogosho, has promised the people of Inazuma an unchanging eternity.

A general of the Tenryou Commission. Bold, decisive and skilled in combat.

The Divine Priestess of Watatsumi Island. All the affairs of the island are within reach of this young woman.

Once an outcast, now a hunter of unparalleled skill. Ready to do the right thing at all times.

How to Get "Otherworldly Savior" Aloy (Cryo)

All Travelers who have reached Adventure Rank 20 or higher will be able to obtain the event-exclusive 5-Star Character Aloy (Cryo) "Savior from Another World" directly through in-game mail.

This event will be divided into two phases:

During the event, all Travelers who log into Genshin Impact on PlayStation®4 or PlayStation®5 will be able to obtain “Savior from Another World” Aloy (Cryo) directly via in-game mail.

During the event, travelers who log into Genshin Impact on any available platform and have not yet obtained the character during Phase I will be able to obtain Aloy directly through in-game mail.

During the event, take part in the free-for-all "Hyakunin Ikki" battle tournament and show off your elegant fighting skills by defeating opponents in two-character tag teams. By reaching target scores, travelers can earn rewards such as the event-exclusive Calling Card Style "Celebration: Ikki", Primogems, and more.

Log in for seven days during the event to get Intertwined Fate ×10 and other rewards!

The “Moonlight Merriment” event will also be available. During the event, travelers can complete quests in Moonchase Tales or participate in the Moonlight Seeker and Trail of Delicacies challenges to earn rewards such as the event-exclusive claymore, Luxurious Sea-Lord along with its refinement materials, Crown of Insight, Primogems, recipes, and more.

◇ The Tri-Commission, the Resistance, the Vision Hunting Decree, “Musou no Hitotachi”… The Traveler was caught in the middle of the Inazuma conflict.

Where will the Raiden Shogun's desire for "eternity" lead his people, and how much will it cost them...

◇ Elemental creature that protects itself with an elementally inert cubic shell.

◇ An elemental life form created as the Avatar of Thundering Outrage.

◇ High elemental concentrations resulted in the creation of this floating creature.

3. New achievement categories such as "Teyvat Fishing Guide: Series I", Inazuma: Islands of Thunder and Eternity - Series II" and additions to the "Wonders of the World" category

7. Pool of Sapphire Grace: Ornamental fish caught via fishing can be bred in this type of pond. This furniture plan can be exchanged with the Liyue Fishing Association.

Level 11 Ley Line Disorders have been replaced with:

• When opponents are defeated, all party members will be affected by the “Corrosion” status.

• Corrosion lasts 10s and can stack. The duration of each stack is counted independently.

12th Floor Ley Line Disorders have been replaced with:

• For this floor only, ley line flow will be normal.

Updated the range of monsters on floors 11-12 of Spiral Abyss.

From the first moon phase refresh after updating to 2.1, the two moon phases will be as follows：

After a character uses an elemental burst, the ATK of all party members is increased by 6,5% for 15 seconds. Maximum 7 stacks. When 7 stacks are reached, the active character's normal attacks will trigger a shockwave at the hit opponent's position, inflicting AoE DMG. A shockwave can be triggered this way once every 2 seconds.

For 10 seconds after a character uses an Elemental Burst, that character's normal and charged attacks will trigger a shockwave at the opponent's position hit at a cost of 1% of the character's HP, inflicting AoE DMG. This effect will be canceled when this character leaves the field. A Shockwave can be triggered this way once every 1. Active characters can fall as a result of this HP loss.

※ The reset times of Spiral Abyss and Blessing of the Abyssal Moon will not be changed. These remain respectively the first and the sixteenth day of each month. The above Spiral Abyss update will take effect from September 16 (server time).

1. After Genshin Impact Version 2.1 update, each level of Genesis Crystals recharge on the Crystal Top-Up page will be reset to provide double bonus for the first recharge.

• After reset, each recharge level will reset to provide double bonus on your first recharge.

• Reload bonuses that have not been used before the reset will not accumulate. After reset, it will not be possible to get two double bonuses for each recharge level.

2. After the update to version 2.1, the “Stellar Reunion” system will have the following updates:

• The duration of the “Stellar Reunion” event has been extended to 14 days after activation.

• For the first 4 days after unlocking “Homeward Path”, new missions will be unlocked every day at 04:00. Complete specified quests to get points and claim rewards. When your accumulated points reach a designated value, you can claim rewards such as Mappa Mare (Catalyst) and Fragile Resin.

• The “Blessing of Reunion” has been adjusted so that travelers can get a total of 21 opportunities to earn double loot during the event period. You can use it up to 3 times a day. The daily usage limit will be refreshed at 04:00 every day.

The above times for unlocking and refreshing are based on the time of the server you are playing on.

The time zone of each server is:

1. Adjusts the light effect of Lumine's outfit when it is elementless.

3. When a character is attacked while immune to certain DMG (e.g. when casting Elemental Burst), the shield's DMG absorption will not decrease.

2. Removes Nobushi's skill to go back.

3. Optimizes combat experience when it comes to Nobushi's draw technique.

1. Sets the trigger frequency for some of Ayaka's idle vocal lines.

2. Optimized the trigger mechanism of character voice lines regarding weather.

3. Optimized the mechanism for triggering characters' voice lines related to friendship level in the open world.

5. Adds a new voice auto-read function for the trip log.

6. Reduces the absorbed load by repeatedly placing certain pieces of furniture in the same area.