Genshin Impact: when does the Raiden Shogun banner end? 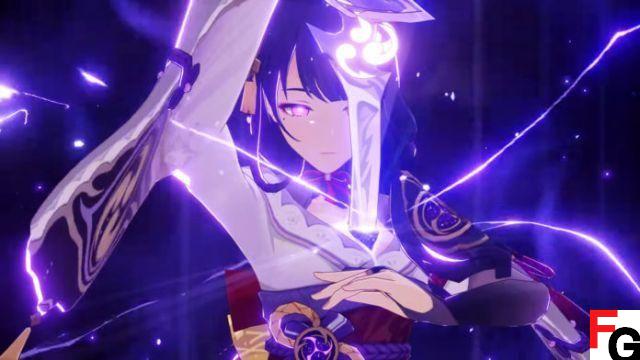 The Raiden Shogun banner dropped at Genshin Impact last night, with many gamers sharing their joy at pulling the long-awaited character. Another character new to 2.1, Kujou Sara, is also part of Baal's Banner. She is a 4-star Electro Arc user, adding some depth to the growing roster of 4-star characters. Officially, the Raiden Shogun banner started on the evening of August 31 for American players.

The Raiden Shogun banner will depart on September 21, around 15 p.m., breaking with previous trends for Genshin Impact banners. This means that players will have 3 weeks in total to try their luck with Baal, which means most should easily have a chance to pull it off. Players can jump into the game and wish for her banner now, or grind primogems to fire her before the banner runs out.

Baal, or the Raiden Shogun, was originally introduced with Genshin Impact Version 2.0 as a non-playable character that players fought in the main story. The files indicated that she would indeed be added as a playable character in the next update, this one being 2.1.

Genshin Impact 2.1 has several events planned before the release of 2.2 in October. Besides Baal, the main new feature is the new fishing mechanic, which is part of the Lunar Realm event. While fishing, players can earn various rewards by trading fish or even cooking it to serve to various NPCs on the map. Several new locations are also available for players to discover and clear, part of the new Inazuma section of the map originally introduced with the release of Genshin Impact Version 2.0. Finally, Aloy is also now available for free for all PlayStation players. It will be available on other platforms from version 2.2 in October. Be sure to check out all of our Genshin Impact guides available here.

Genshin Impact Radiant Spincrystal: How to Use and Mod Serenitea Pot Music Weilong Mao | 11 2022 How to put familiar tunes in your teapot. ❯

add a comment of Genshin Impact: when does the Raiden Shogun banner end?