[Watch all the God of War boss guides in the playlist above, and subscribe to GuideRanx for daily new gaming guides.]

Midgard is a dangerous place, even for Kratos. To help you survive the giant backdrops and monstrous creatures of God of War, we're putting together text and video boss guides to show off these stunning opponents. Kratos may be more "rooted" in this soft reboot of the series, but he's still a rager who tears his enemies apart or splits them in half with his new axe. Bosses are a bit more complex and you won't have health items to help you survive. If you're having trouble and need some advice from some God of War specialists, you've come to the right place.

Bosses, in general, are a bit less explosive than previous games in the franchise. You won't find too many QTEs or insanely huge opponents that barely fit on screen - well, not right away, at least. Usually you will have to fight the bosses in a fairly simple way. It's you against a tough villain, and you'll have to overcome obstacles to win. This means learning patterns, blocking/dodge at the right time, and knowing when you can parry to punish one of the many monstrosities you will face. Whether you're looking for help or just curious to see these bosses in action, check out the boss guides below.

How To Beat Every Boss | Strategy Guide

[Work-in-Progress: Check back soon for new boss strategies and tips!]

You'll know this when you encounter a massive boss battle in God of War — a health bar will appear at the bottom of the screen. Kratos will encounter many different types of bosses, and we'll cover them all, even the optional fights.

You will encounter the first troll boss at the start of your adventures. When chasing a deer, the troll will suddenly attack. Kratos will have to work with his son Atreus to successfully take down this massive bully.

The troll attacks with a huge block of stone. It will swing forward naturally – watch out for its extended reach. Roll left/right and back up if you take too much damage. Use Atreus' help as much as you can to distract the troll - when he shoots the troll with arrows, he'll move away from Kratos.

While his back is exposed you can deal some really good damage and then retreat when he decides to start attacking again. You can throw your ax to do a bit of ranged damage, but you'll need to get up close to really hurt that sucker. 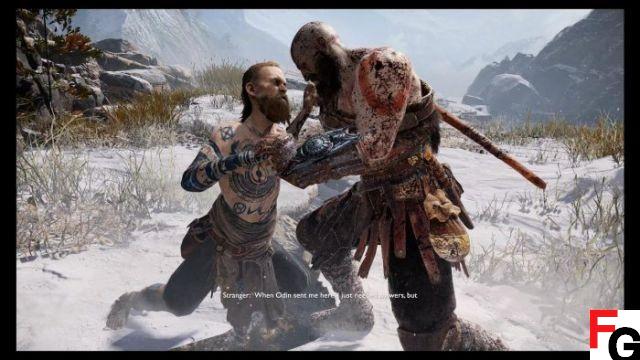 The mysterious god-like human appears in Kratos' house, asking the old Spartan a few too many questions. When they throw each other, the fight seriously escalates into a titanic first encounter.

The Outlander's first phase is pretty simple – it will pounce when it takes too much damage, then counterattack with a burst of magic power or a leap forward. Whenever he starts glowing, dodge left or right to avoid his charged attacks. Try juggling it with a heavy attack and knocking it down while it's floating in the air.


Once you've done enough damage, the Stranger will attack Kratos and knock him onto the roof of his house. press [L1] to counter when he tries to attack, and press [R1] to keep hitting. Unfortunately, this fight isn't over yet – it will reload.

In the second phase, Kratos will have infinite Spartan rage – you move faster and your attacks are more powerful. You will exclusively use your fists to take down the alien. You're completely invincible here, so try out a few different combinations before the fun is over.

After doing enough damage, your rage meter will start draining. You'll need to complete the Old-Fashioned Stranger. The boss gains new moves - he'll slide left and right, then punch forward. It will also glow and attempt to hit Kratos with a three-hit combo. Dodge his lunge attack and strike when he's about to use his third punch to interrupt him.

In the third phase, you will both fill up your health bars and enter a final showdown. He's faster, more aggressive, and generally tougher - but you're supposed to win this fight early. Just put everything you've learned into battle and you can start your journey right. 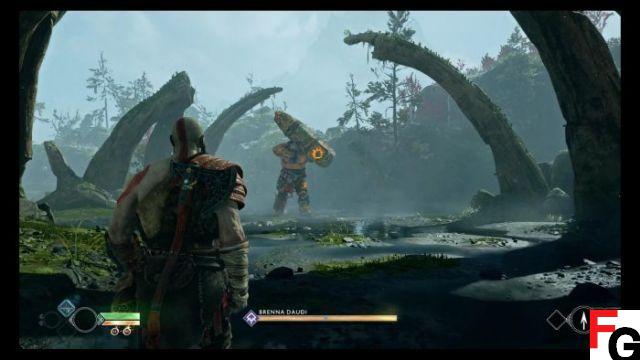 The second encounter with the trolls is very similar to the first. You'll still want to distract him with arrows to let Kratos do his thing, but you'll have to watch out for new attacks.

He will spew lava from his hands (or his weak spots, if Atreus shoots them, partially stunning him) while Draugr continues to spawn. Lava attacks will burn you and the Draugr, so try to stay behind the boss - if he starts spitting lava, roll to flank him immediately. Backing up won't give you enough distance. 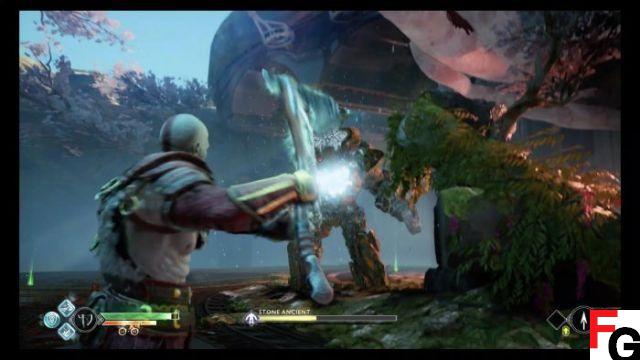 The Ancients are special mini-bosses that you will encounter in many variations on your journey through Midgard. The first one you'll fight is in Alfheim - or, you'll fight a similar monster called Soul-Eater in the Boon Quest.

The Ancients will start spawning all over Midgard after facing one in Alfheim, and they'll drop valuable Elder Cores, so they're worth fighting for. They all fight the same – they have a shiny weak spot in their chests. When it opens, they'll fire a blast or beam, usually hot enough to set Kratos on fire. Dodge the initial beam, then throw your ax into the crack to damage the Ancient. No need to get close, you can't hurt them in close combat.

Keep dodging and throwing your ax into the weak spot until it's stunned. When he drops to one knee, you can attack the opening or use a powerful brutal attack to knock off some of his health. Just be careful when they summon enemies to help them, and every old fight will (essentially) go like this. 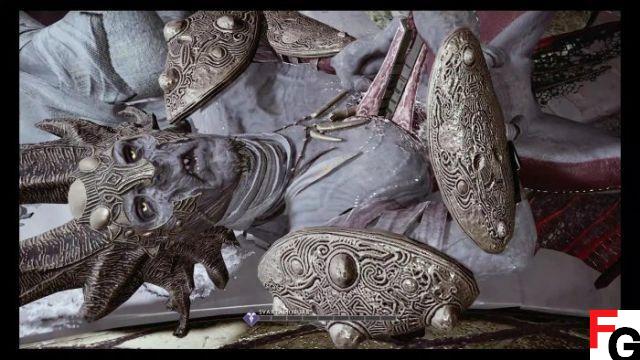 King of the Dark Elves – Svartaljofurr

The first real boss can be found at the end of the Alfheim quest. Leaving the Temple of Light through the Ringed Temple Trench, the Dark Elf King will ambush Kratos. It's time to throw down - the King of the Dark Elves is a tougher version of the common Dark Elves you fought in Alfheim. Instead of firing his staff once, he will fire a series of explosive pellets that will burst like grenades after a few seconds.

He is quick and likes to retreat and then launch attacks from afar. Most of his standard swings can be blocked, but you can only parry when he flies and attacks in the air three times – on his last swing you can parry. When he charges his staff and sprints towards you, dodge-roll away from the shield-breaking strike.

Sometimes, when retreating, he will leave behind explosive pellets to distract you and prevent you from attacking. Keep shooting Atreus to distract him, and don't bother throwing your ax - most of the time the king will block and knock the ax down before you can deal any damage.

When he summons a cloud of darkness, keep moving forward and wait for him to finish. You can't target him while you're in the dark, and he'll try to blast you with explosives instead of showing himself. Its explosives cause the blindness effect – watch the eye-shaped meter on your HUD to see when it disappears.

The massive dragon ambushes Kratos and his son as they make their way to the top of the mountain. A lot happens before the real fight begins, but you'll know what's going on when the health bar appears at the bottom of the screen.

The Dragon sprays lightning across the arena and summons explosions from the sky. Keep moving forward and dodge when you see sparks appear on the ground. To actually damage the dragon, collect explosive charges from the trees along the outer edge of the arena – throw them at the dragon's head, then detonate them with Atreus' arrows.

A successful hit will cause the dragon to crash into the arena with a hole in its skull. Attack the weak spot to hurt it. In the second phase, the dragon will personally attack with claws and bites – when it stomps and sends out a shockwave, all you can do is block it. Dash and attack the claws, and dodge when he tries to bite.

More explosive crystals will appear in the arena. When the dragon looks exhausted, throw another one at its head and detonate to stun it, opening another hole in its massive head. Rinse and repeat - keep throwing explosives and attacking until the massive crystal appears. Again, stun the dragon with a smaller red crystal - this time Atreus will drop the crane, allowing Kratos to use it on the dragon, embedding a massive crystal into the creature's head.

You know what to do. One more hit, and that dragon is fried.

Magni and Mordi fight together, but they won't gang up on you early on. At the start of the battle, they will take turns attacking. Magni uses a heavy sword, while Mordi prefers stronger defense with his shield/hammer combo.

Beware of Mordi's charged lightning attack. He will bow to the ground and summon electricity from the sky, explosions, and the area around him. It will also throw a small ball of explosive energy that explodes on contact, like a grenade.