GTA Online: The Contract, All New Cars, Weapons and More Gordon Bicker | December 13, 2022 An exciting new update is coming to GTA Online in the coming days… 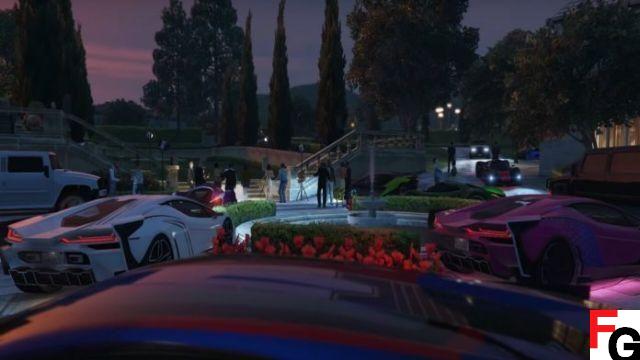 GTA Online has always kept its place alongside other games in the market by introducing important content updates from time to time. These content updates keep the community thriving and always coming back for more like a drop of hot honey flowing down a golden river of opportunity. Los Santos in many ways epitomizes that for fans and with the latest update looking to hit the streets in a few days, gamers will be indulging in the game once again. This guide article will introduce you to all the new cars in GTA Online The contract.

All new cars confirmed in contract

There seem to be a lot of new cars in GTA Online: The Contract, there have been two confirmed so far which will be included in the DLC for players and each type is diverse enough that each car brings something new for fans. GTA Online has a long history of frequent new cars arriving in the experience that developers have meticulously created for car fanatics.

The first confirmed car is the 'Dewbauchee Champion' and this specific vehicle combines class and style with searing tires in a supercar model. It's your plain old supercar but with styling that screams to other players that you mean business on the streets of Los Santos. Sure to have excellent drifting ability and excellent handling, this will be one to watch when released.

The second car is the 'Enus Jubilee' which makes it look like you are preparing for an onslaught of bullets shooting towards your armored car at significant speed. Again, there's a well-balanced sense of durability tied to this vehicle and, moreover, style, all combined in a stunning luxury car design. Players will be used to this style of car in GTA Online already.

Along with all the new cars there will of course be new weapons and other necessities for you as a player to get your hands on this update. Like the cars, there are once again two new confirmed weapons added to the world. These are the 'Compact EMP Launcher' and the 'Stun Gun'. Both of these weapons look delightfully unique compared to other weapons in the game, so players are sure to get some weapon-powered action with this update.


Along with this, many other additions are being added with The Contract, one of the most notable additions is the new 'Properties' ranging from 'The Agency' to 'The Armory' where you will partake in everything new what the story of the latest DLC update has to offer players.

Notably, there will even be a new radio station included with this update with new songs from artists such as Dr. Dre.

Will you be driving the new cars in GTA Online: The Contract Update this month?

GTA Online: The Contract – Everything New in the DLC ❯

add a comment of GTA Online: The Contract, All New Cars, Weapons and More Gordon Bicker | December 13, 2022 An exciting new update is coming to GTA Online in the coming days…