GTA Online: The Contract – Everything New in the DLC 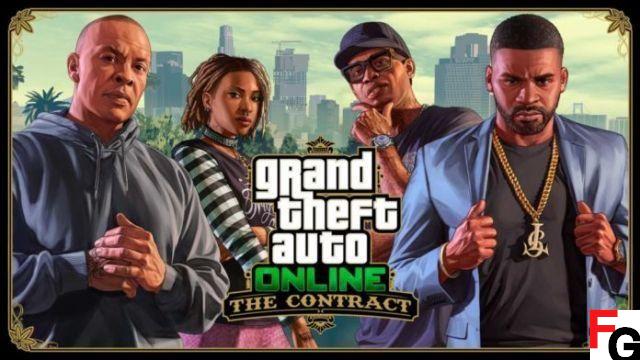 After a long wait since updating Los Santos Tuner for GTA Online, Rockstar Games has released its next feature update in the form of DLC. GTA Online: Contract is the new game update that comes with lots of new missions and vehicles. The game introduces new weapons and also brings back some fan-favorite story mode characters like Franklin, Lamar, and Chop.

The DLC is much more than just the usual addition of missions and vehicles, such as the introduction of Dr. Dre in a cameo role in the game. The Contract update introduces many rap and hip hop artists for which players will have to carry out missions within the agency headed by Franklin Clinton. This article gives you a breakdown of everything included in the GTA Online The Contract DLC.

Everything included in GTA Online The Contract DLC

The DLC contract brings many new additions to GTA Online such as:

The Agency is a new property introduced in GTA Online that players can purchase. There are agencies located in five different locations on the map and each has a different cost depending on the locality it is based in. Players will also receive a 20-car garage when the agency is purchased in-game.

The agency is run by Franlin Clinton and it is where he does work for celebrities under the service he provides called the Celebrity Solution services. One of the main missions that players can complete in the agency is to help Dr. Dre recover his phone in which he stores a lot of unreleased music.

Dr. Dre and other artists

Dr Dre, the famous hip hop rapper and producer, is featured in GTA Online The Contract DLC along with a few other hip hop artists. His role in the game is that of the client of the agency for which the players must carry out missions. Dr Dre is also releasing new music in GTA Online, which will be one of the first places players can listen to his latest album.

There are seven new cars being introduced to GTA Online in the latest launch day DLC with news that more will be released as drip feed vehicles in the coming weeks. Players can purchase six of the seven new cars from the Legendary Motorsport website and one from San Andreas Super Autos.


The new cars added to GTA Online are:

There are two new weapons introduced to GTA Online during the DLC contract. The first weapon to be added to the game is the EMP Launcher. The new weapon will mainly be useful for players to be able to eliminate enemies in vehicles. The second weapon featured in the update is the Tazer Pistol. The Tazer was part of GTA Online for a brief time before being retired and reintroduced to the game in the latest DLC.

add a comment of GTA Online: The Contract – Everything New in the DLC