GTA Online: The Contract - Is the GTA DLC free? | How to play 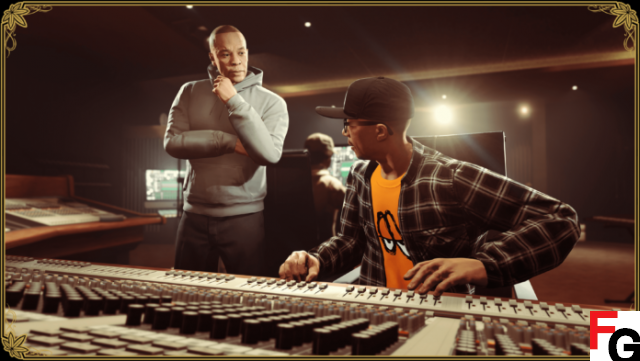 With The Contract DLC released for GTA Online, many fans are wondering if it will cost players anything to play the new features. This article is here to answer that question.

After almost six months, Rockstar Games has released a feature update for GTA Online. Contract DLC is a story-driven update featuring some of your favorite GTA 5 characters like Franklin Clinton, Lamar Davis, and Chop. With many more surprises in the update like celebrity cameos, new vehicles and weapons, the new update is definitely worth playing. For all of you looking to try out the latest features added to the game, here are some answers to some of the most common questions.

For anyone wondering if the DLC will cost anything to download, the answer is no. Rockstar Games has released The Contract DLC for GTA Online absolutely free for everyone who owns the game. The game's new missions, properties and businesses can be enjoyed by every GTA Online player. Not to mention the collaboration between Dr Dre and Rockstar Games for the second time.

Where can you buy GTA Online?

If you want to experience Dr Dre's new album in GTA online, you can buy the game if you don't already own it on PC, Xbox One and PS4 at the moment. The game is available on the Steam store, Epic Games Store and the Rockstar Launcher so players who want to play GTA online on Xbox can purchase it from the Microsoft store. For Playstation 4 players, you can log into the Playstation Store and grab a copy of the game. Each store has a slightly different pricing depending on the platform and where you purchase the game.

What can you do in GTA Online The Contract DLC


GTA Online The Contract DLC has a lot to offer fans of the series. Including new tunes on the radio, a story in which you'll help Dr. Dre release new music and much more. The agency has many new missions that players can dive into and earn more money in GTA Online. Apart from updating features, Rockstar Games constantly updates GTA Online every week with new challenges and daily quests to complete for players to be engaged.

add a comment of GTA Online: The Contract - Is the GTA DLC free? | How to play