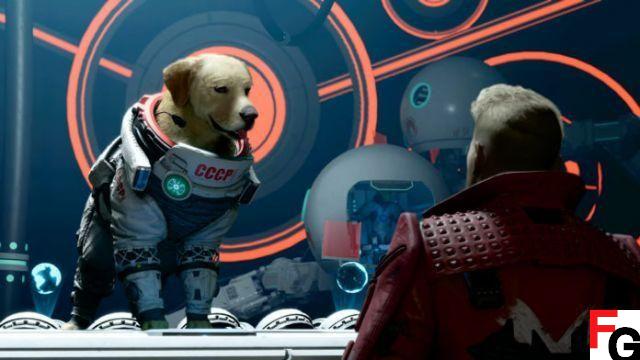 There are 16 chapters in Marvel's Guardians of the Galaxy, not including the initial prologue. Each chapter is listed below.

Some chapters are longer than others and the events of some chapters may change depending on the choices you make during the story. There is only one ending though, so you can't stray too far from the intended path. However, you can go back and replay completed chapters from the main menu to make other choices and see alternate paths if you wish.

We loved Marvel's Guardians of the Galaxy, praising the music and characters above all else. We gave it a 3,5/5 star rating in our review, saying, "When you leave a Huddle with music and everyone's abilities, it's hard not to have a blast." This game nailed the vibe and look, though the poor story, technical issues, and repetition keep it from being truly great.

Marvel's Guardians of the Galaxy is available now on PC, PS4, PS5, Xbox One, Xbox Series X|S and Nintendo Switch.